Lincoln Melcher is an actor and golfer who was seen in Ouija: Origin of Evil and the Terrible, Horrible, No Good, Very Bad Day.

Lincoln Melcher is most probably single right now. However, we can’t be sure of this as he has not clarified his relationship status as of now. He is also keeping his dating history private and so, nothing is known about his past relationships and girlfriends as well. 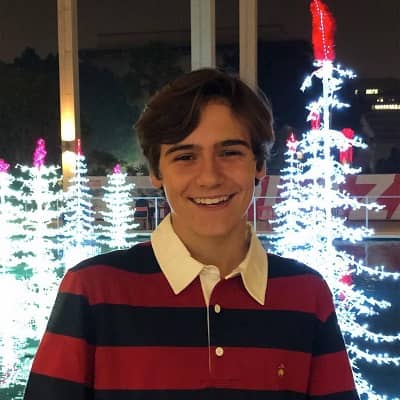 Who is Lincoln Melcher?

Lincoln Melcher is a popular American actor and golfer. He is well known for his roles in movies such as Ouija: Origin of Evil and Alexander and the Terrible, Horrible, No Good, Very Bad Day.

More recently, he is well known as a golfer as well. This is thanks to his wonderful show of skills and talent by winning the Callaway Junior Golf Championship.

Lincoln Melcher was born on the 12th of December, 2003 in California, U.S.A. As of now, his age is 17. His nationality is American and his ethnicity is Caucasian.

Melcher has not revealed anything regarding his parents, not even their names. Still, we do know that he grew up with a passion for both acting and golf. He picked up his first golf club at 4 and was already acting in films and TV series when he was in middle school. Lincoln also has an elder sister Louisa and the two are really close.

Talking about his education, Melcher is currently a senior in John Burroughs High School. He has committed to UCLA for further studies.

Lincoln started his acting career with a small role in the TV series Scandal back in 2013. After this, he landed a much bigger role as Philip Parker in the Disney movie Alexander and the Terrible, Horrible, No Good, Very Bad Day. Lincoln gained a lot of recognition thanks to this role and many new offers also came for the young and talented actor. He also worked alongside popular movie stars such as Steve Carell, Dylan Minnette and Megan Mullally for the movie.

Lincoln later portrayed Griff Jones in the comedy TV series Bunk’d. The series premiered on the Disney channel and so, Lincoln became even more popular, especially among the younger audiences. Then, in 2016, he played a minor role in the horror movie Ouija: The Origin of Evil. Most recently, Melcher gave his voice to the character Dickie in 2018’s animated movie, Batman: Gotham by Gaslight.

Lincoln Melcher has been playing golf from a really young age. And though many may be surprised to hear this, he has made a name for himself in the sport. He recently won the Callaway Junior Golf Championship in 2020 and competed in the 119th U.S. Amateur Golf Championship in 2019. He plays junior golf for his high school team Burbank Burroughs and has committed to playing for UCLA in the future.

As of now, Lincoln Melcher’s estimated net worth is approximately 2 million U.S. dollars as of 2022. He has not revealed his annual salary yet.

Lincoln hasn’t been a part of any negative rumors surrounding his private or professional life. He is quite hardworking and focused and has remained clear of any controversies as well.

Melcher stands at a height of 6 feet 1 inch tall and his weight is roughly 65 kilograms. He has a slim and athletic physique. His hair and eyes are both brown in color.

Get to know more about the lives of celebrities Sian Heder and Emilia Jones.