Linda Eder is an actress and singer who acted in the musical Jekyll & Hyde. 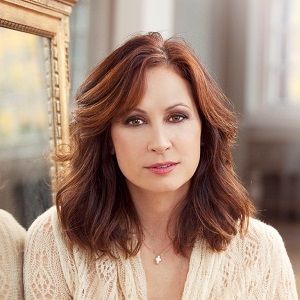 What is the relationship of Linda Eder?

The American singer Linda Eder was previously married to Frank Wildhorn on 3rd May 1998.

Together, the couple also welcomed a son named Jake Ryan on 23rd August 1999. However, the married couple couldn’t carry on their relationship for too long and separated after six years of their marriage in 2004.

Since their divorce, Linda has not linked up and has never seen any men in the public and media. Currently, Linda is single and living elegantly.

Who is Linda Eder?

Linda Eder is an American actress and singer. She became famous when she made her Broadway debut in the musical Jekyll & Hyde. For her role, she also won the Theater World Award in 1997 and was nominated for the Drama Desk Award and Outer Critics Circle.

Linda was born on February 3, 1961, in Tucson, Arizona, United States. She grew up in Brainerd, Minnesota along with her parents. Talking about her early life, she is the daughter of Georg and Laila.

From the beginning of her childhood, Linda had a keen interest in music and began to perform from a very early age. Moving towards her education, there is not any information regarding her educational background.

Linda began her career by performing in the world premiere of Jekyll & Hyde in 1990. After that, she got huge recognition and made her debut in Svengali. Soon after that, she also performed in several workshops for The Scarlet Pimpernel. In 1995, Linda again appeared in Jekyll & Hyde: The Complete Work as Lucy Harris followed by Jekyll & Hyde – The Musical: Original Broadway Cast in 1997.

Besides this, she has also released several singles as well. Some of her singles include A Little Bit of Heaven, Vienna, The Christmas Song, Lifted, and a few more. Furthermore, Linda also performed a concert at the Arthur Zankel Music Center on the campus of Skidmore College on June 21, 2014, in which she performed Someone Like You, Vienna, Man of La Mancha, and a few more.

Being a legendary singer and actor, Linda earns a decent amount of money from her career. However, her salary is unknown. As of 2022, she has an estimated net worth of $3 million.

As of now, Linda has won the Theater World Award in 1997 and was nominated for the Drama Desk Award and Outer Critics Circle.

Linda has a height of 5 ft 8 inches and her weight is unknown. Furthermore, she has gorgeous brown eyes and brown hair. Besides this, her other body measurements are unknown.