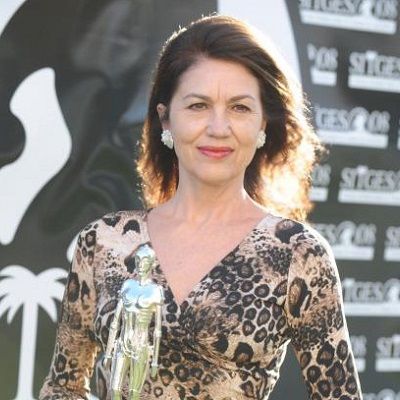 The relationship status of Linda Melson Harrison is single.

Previously, she was married to Richard D. Zanuck. Richard is an America producer known for movie-Driving Miss Daisy, Deep Impact and Cocoon.

They married on 26th October 1969. Together they have two sons Harrison Zanuck and Dean Zanuck.

However, they divorced on 23rd January 1978 after 9 years of marriage.

Who is Linda Harrison?

She played Nova in the science fiction film classic Planet of the Apes.

Recently, in 2018, she was in the action sci-fi, Midnight Massacre.

Linda Melson Harrison was born on 26th July 1945 in Berlin, Maryland, US. She is the daughter of Isaac Burbage Harrison and Ida Virginia Melson of Anglo-American ancestry.

Her father owned a nursery and her mother was a beautician. She has two elder sisters, Kay and Gloria, and two younger sisters, Jane and Josh.

She met Richard D. Zanuck, a Producer at the post-premiere party after which she signed Fox’s standard seven-year contract. She was placed in the studio’s Talent Training School.

In the year 1966, she made her film debut with The Fat Spy. After that, she was on Way…Way Out, A Guide for the Married Man, Planet of the Apes as Nova, Beneath the Planet of Apes, Airport 1975 and others.

Her recent work was on Planet of the Apes, Don’t Say No Until I Finish Talking: The Story of Richard D. Zanuck and Midnight Massacre.

In the year 1966, she was in Men Against Evil as Biker Chick. After that, she was in numerous TV series including Batman, Wonder Woman: Who’s Afraid of Diana Prince?, The Tonight Show Starring Johnny Carson, and Bracken’s World.

She worked as an Executive Producer and Co-Director of the 2014-2015 film, Midnight Massacre.

Linda is a light-eyed brunette. She is 5 feet 6 inches tall and weighs around 55 Kg.