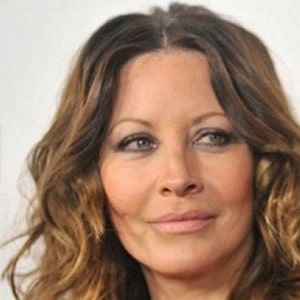 After Crocodile Dundee (1986), I turned down lots of stuff, most of it where I'd play the girlfriend of some funny man.

I've never had to do anything I didn't believe in. Sometimes, that meant being poor and waitressing a while longer, but I've always stuck with it.

Crocodiles are really bold, and they do come up on land.

Linda Kozlowski is currently single. She was once married to Paul Hogan on May 5, 1990. They met the first time while they were shooting ‘Crocodile Dundee’. At that time, Hogan was married to his first wife, Noelene Edwards. After his affair with Linda, he gave divorce to his first wife and married Linda. The couple welcomed a son, Chance in 1998.

However, the relationship did not last long and Linda filed a divorce for him due to irreconcilable differences and it was finalized on July 13, 2014. However, she later revealed that the actual reason behind their divorce was Hogan kept her under his shadow and she did not like to be in his shadow and want to be in light.

Also, she was married once prior to her marriage to Hogan. She has kept the information secret about her first husband.

Who is Linda Kozlowski?

Linda Kozlowski is an American actress and she is best known for her role as Sue Charlton in the ‘Crocodile Dundee’ film franchise. She was nominated for Golden Globe Award in 1987.

She was born on January 7, 1958, in Fairland, Connecticut, USA. She is currently 61 years old. Her father’s name is Stanley M. Kozlowski and her mother’s name is Helen E. (Parniawska). She has not provided any information about her siblings.

Talking about her education, she is a 1976 graduate of Fairfield’s Andrew Warde High School and also she graduated from the Juilliard School’s drama division in 1981. She was trained as an opera singer while at Julliard School.

Linda Kozlowski began acting from the off-Broadway production ‘How It All Began’ from 1981 to 1982. She played as Miss Forsythe in ‘Death of a Salesman’ in the cast as the female lead in the Australian film ‘Crocodile Dundee’ in 1986. She revisited her starring role with Hogan in ‘Crocodile Dundee II’ after two years and starred in ‘Pass the Ammo’ in 1988.

Also, Linda made her appearance in ‘Almost an Angel’ in 1990, ‘The Neighbor’ in 1994, ‘Village of the Diamond’ in 1995, and ‘Crocodile Dundee in Los Angeles’ in 2001. After that, she left her acting career because of getting dissatisfaction with her roles.

She was nominated Golden Globe Award in the category Best Performance by an Actress in a Supporting Role in a Motion Picture for ‘Crocodile Dundee’ in 1987 and nominated for Bravo Otto Germany for Best Actress (Schauspielerin) in 1988.

She has an estimated net worth of around $10 million and she has earned that sum of the amount from different films and different broadway performances. However, her salary and income are under review.

There is a rumor that she has been engaged to her long term partner Moulay Hafid Baba. They were spotted together near her home in Los Angeles and she was wearing an eye-catching ruing. However, the relationship between them has not been confirmed yet.

Linda Kozlowski is active on Instagram and Twitter but she does not seem to be active on Facebook. Although she is active on social media, she has hidden the information about her followers.