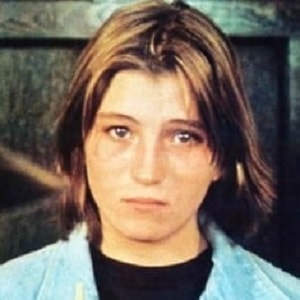 Linda Manz is a married woman. She has been married to Bobby Guthrie since 1985. Bobby is a camera operator and after marriage, the couple moved to Lake Hughes, 80 miles outside L.A.

This couple has welcomed three children: Michael, Christopher, and William. The family is currently living together and there is no sign of divorce between the couple.

Who is Linda Manz?

She was born on August 20, 1961, in New York, the USA and is currently 57 years old. Her mother used to work as a cleaning woman in the Twin Towers in New York City but information regarding her father is unknown.

Linda holds American citizenship but her ethnicity is unknown.

Talking about Linda’s education history, she has not disclosed any information regarding her educational institution’s names.

She was cast by Terrence Malick in 1976, at the age of 15, in order to olay the young narrator in the second film ‘Days of Heaven’, released in 1978. Initially, she portrayed the smaller role but after seeing her performance, she was offered the role of the narrator.

After that, Linda Manz made her appearance in the 1979 film ‘The Wanderers’ and portrayed the leading role in the Dennis Hopper film ‘Out of the Blue’. In addition, she appeared in the 1979 Tv movie ‘Orphan Train’ as Sarah, ‘The Game’, ‘Gummo’, and many more. Also, she attended P.S. 190 in Manhattan.

She has an estimated net worth of around $250k and she has earned that sum of money from her professional career.

Linda has been successful in maintaining her celebrity status and has kept herself far from rumors and controversies.

Linda Manz has a height of 4 ft. 10 inches and she has dark brown eyes and light brown hair. But, other information regarding her weight, body measurement, shoe size, dress size, etc. are unknown.