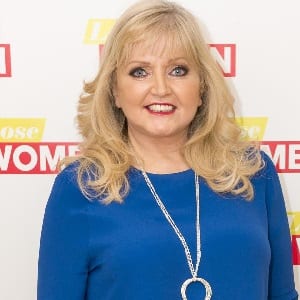 Linda Nolan was previously married to Brian Hudson. The pair was together from August 1981 until Brian’s death on 21 September 2007. Brian was Nolans’ tour manager until 1983. Currently, Linda is single.

Who is Linda Nolan?

Linda Nolan is an Irish singer and actress. People mostly know her as a member of the girl group ‘The Nolans.’ Additionally, she has also performed in theatre and has credits for more than 1000 performances as Maggie May on Blackpool’s Central Pier.

Nolan was born in Dublin, the Republic of Ireland on February 23, 1959. She was born to parents Tommy and Maureen Nolan. Her siblings are Anne Nolan, Bernie Nolan, Maureen Nolan, Denise Nolan, and Coleen Nolan. Throughout her childhood years, she grew up in Raheny, a northern town of Dublin. In 1962, she moved Blackpool.

She became interested in singing at an early age. She is of Irish nationality. Furthermore, there is no detailed information available about her ethnic background at present.

Nolan initially formed the Singing Nolans alongside Tommy and Maureen. In addition, from 1974 to 1983, she was a member of the girl group ‘The Nolans.’ The band achieved eight top forty hits on the UK Singles Chart. She left the band in 1983. Later, she went on to play the role of Maggie May at Blackpool’s Central Pier. Additionally, for three years, she also appeared as Mrs. Johnstone in ‘Blood Brothers.’

Furthermore, Nolan participated in the thirteenth series of ‘Celebrity Big Brother’ in January 2014. Some other shows that Linda has appeared in include ‘Jeremy Vine’, ‘Loose Women’, ‘Granada Reports’, ‘The Wright Stuff’, ‘Lorraine’, ‘Big Brother’s Bit on the Side’, ‘Most Shocking Moments in Pop’, ‘Daybreak’, ‘Pointless Celebrities’, ‘The One Show’, ‘Come Dine with Me’, ‘This Morning’, ‘Xposé’, ‘Dancing on Ice’, ‘We Are Family’, ‘Heaven Knows’, ‘Night Fever’, ‘Blankety Blank’, ‘Filthy Rich & Catflap’, ‘The Keith Harris Show’, ‘Lena-Maria Show’, ‘Musiksalon’, and ‘It’s Cliff Richard’ among others.

Nolan has not been linked with any award nominations in her career to date.

Nolan has not revealed her current salary. Furthermore, there are no details available about her estimated net worth at present.

Nolan made the news after she revealed that she was diagnosed with breast cancer in 2006. Additionally, she became part of a controversy in 2014 after she claimed that she was sexually assaulted by Rolf Harris. According to her, this incident happened in 1875 while The Nolans were supporting Harris in a tour. Furthermore, at present, there are no rumors concerning Nolan’s life and career.

Talking about her body measurement, Nolan has a height of 5 feet 4 inches (1.63m). Additionally, her hair color is blonde and her eye color is blue.