Linda Ronstadt never married she was romantically linked with many famous personalities. She was in a relationship with Jerry Brown, the then Governor of California and a Democratic Presidential candidate during the mid-seventies became a hot topic for global media.

Then, she was in a relationship with the famous comedian Jim Carrey lasted for eight months in 1983.

Though she got engaged with filmmaker George Lucas during the mid-eighties, the relationship never culminated in marriage.

Moreover, she adopted her daughter Mary Clementine in December 1990 and son Carlos Ronstadt in 1994, both in their infancy. 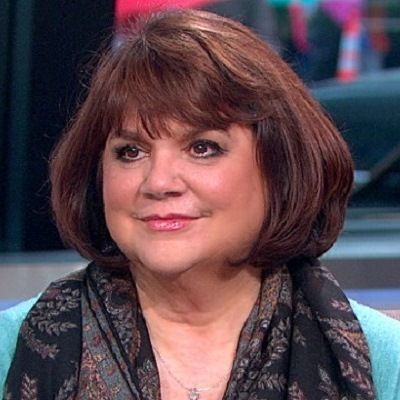 I know my own father's business was very dependent on the goodwill and business and trade from people in northern Mexico. We knew their families and went to their weddings and baptisms and balls and picnics, and we had a great time with them.

In the United States, we spend millions of dollars on sports because it promotes teamwork, discipline, and the experience of learning to make great progress in small increments. Learning to play music does all this and more.

Having children makes you see the world in a completely different way. When you're responsible for those little lives, you can't slough it off or forget about it until later.

Who is Linda Ronstadt?

Linda Ronstadt is a famous retired American popular music singer known for singing in a wide range of genres including rock, country, light opera, and Latin.

Likely, Linda Ronstadt has also earned 10 Grammy Awards, three American Music Awards, two Academy of Country Music awards, an Emmy Award, and an ALMA Award, and many of her albums have been certified gold, platinum or multi-platinum in the United States and internationally.

The disease-causing loss of muscle control became a barrier in her singing.

Linda Ronstadt was born in Tucson, Arizona, the United States on July 15, 1946. Her birth name is Linda Maria Ronstadt and she is currently 74 years old.

Her father’s name is Gilbert Ronstadt and her mother’s name is Ruth Mary Copeman Ronstadt. She belonged to an influential family whose contributions in Arizona in the fields of commerce, wagon making, music and others were immense which are recorded in the library of ‘University of Arizona’.

Furthermore, her father used to play the guitar whilst her mother played the ukulele.

She has three siblings namely, Gretchen Ronstadt, Michael J. Ronstadt, Peter Ronstadt. During her childhood, she used to play guitar along with her siblings. Linda holds American citizenship and mixed (Mexican- Spanish- German- English-Italian) ethnicity. Her birth sign is Cancer.

Talking about Linda’s education history, she attended the ‘Catalina High School’. Moreover, she joined the University of Arizona, where Bob Kimmel, a local musician was her senior.

She also met the guitarist/songwriter Kenny Edwards. However, she left that university to go join Kimmel in L.A.

Talking about her profession, after joining Bobby in Los Angeles in December 1964, Linda Ronstadt teamed up with him and Kenny Edwards. They formed ‘Stone Poneys’, a folk-rock trio where she became the lead vocalist. During 1969, her solo record ‘Hand Sown … Home Grown’ was released by ‘Capitol Records’.

During the late 60s and the 70s, she also appeared as herself in several television shows including ‘It’s Happening’ (1968-69) ‘Cher’ (1975) and ‘Saturday Night Live’ (1977 onwards). She also lent her voice for several commercials. In the 1970s, she toured extensively with Neil Young, the ‘Doors’, and others.

Her other chart-busters followed including ‘Simple Dreams’ (1977) and ‘Living in the USA’ (1978) making her the first female ‘arena class’ rock star. She remained the most successful and top-selling female singer of the 70s with most of her albums going Platinum.

Likewise, her 1980 released album ‘Mad Love’ with Asylum also went Platinum and reached the fifth position on the ‘Billboard’ album chart. Eventually, her success story continued with ‘Lush Life’ (1984) and ‘For Sentimental Reasons’ (1986), both going Platinum.

In the year 1987, she released her all-Spanish album ‘Canciones De Mi Padre’, which consists of a number of traditional Mexican songs, as a tribute to her Hispanic heritage.

Her mainstream pop music album ‘Cry Like a Rainstorm, Howl Like the Wind’ (1989) garnered critical acclaim and received a Triple Platinum certification reaching number seven on the ‘Billboard’ chart. She produced the classical music album, ‘Cristal – Glass Music Through the Ages’.  During the 80s and 90s, she appeared in several television shows.

She won Outstanding Individual Performance in a Variety or Music Program for Great Performances (1971) at Primetime Emmy Award, she won Best Country Collaboration with Vocals, Song of the Year for An American Tail (1986) at Grammy Award.

She has an estimated net worth of around $130 million (as per 2020 data) and she has earned that sum of money from her professional career.

Linda Ronstadt has a height of 5 feet 3 inches. Additionally, she weighs 59Kg.

Also, read the affair, salary, the net worth, controversy, and the bio of Wanya Morris, Lauren Hashian, and Trevor Holmes.