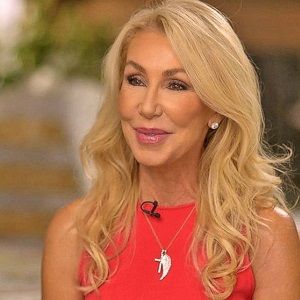 Linda Thompson was a married woman as she married two times. On 6th July 1972, she attended a private movie screening which was hosted by Elvis Presley. It was held at the Memphian Theatre in Memphis. They started dating and dated for four years and broke up. After break up, they remained friends until the death of Elvis.

In the year 1980, she began dating Olympic Gold Medal decathlete, Bruce Jenner (aka Caitlyn Jenner). They married on 5th January 1981 in Oahu, Hawaii. Similarly, they had two sons together who were Brandon and Sam Brody. Likewise, they divorced in 1986.

After that, she married Canadian composer and record producer, David Foster on 22nd June 1991. But they divorced in 2005.

Who is Linda Thompson?

Linda Thompson is an American songwriter/lyricist, former actress and beauty pageant winner. She is famous as the cast of Hee Haw as one of the Hee Haw Honeys. She is the winner of the BMI Film & TV Award in the year 1994 for Most Performed Song from a film I Have Nothing composed by her and David Foster.

She was born on 23rd May 1950 in Memphis, Tennessee, the U.S. Similarly, she is the daughter of Margie (nee White) and Sanford Abel Thompson. Her older brother is Sam who was one of Elvis Presley’s bodyguards.

Likewise, her nationality is American but her ethnicity is unknown.

In the year 1977, she became a regular on the television series Hee Haw. Later she had small one-episode roles in such television series as CHiPs, Starsky & Hutch, Vega$, Fantasy Island, The Fall Guy and Beverly Hills, 90210. Similarly, she starred in several television pilots, including Mars Base One and Two for Two. Likewise, she appeared in several films, including Rabbit Test (1978) and Original Intent (1991). She had a small role in The Bodyguard (1992).

Similarly, Linda Thompson began her career as a lyricist with the Kenny Rogers singles Our Perfect Song from his album The Heart of the Matter. She collaborated with composer Richard Marx on Josh Groban’s first hit record To Where You Are. She and her husband Foster received 2003 Emmy Award for Outstanding Music and Lyrics for Aren’t They All Our Children.

She has won many awards. She won Outstanding Music and Lyrics (2003) and BMI Film & TV Awards(2002, 1997, and 1994). In the year 1994, she was Nominated in the Grammy Awards for the Best Song Written Specifically for a Motion Picture or for Television for The Bodyguard shared with David Foster.

The estimated net worth of Linda is around $10 million dollars. She might earn a huge amount of money but she has not revealed her salary and incomes.

Linda Thompson has not been a part of any big rumors and controversy.

Talking about the body measurements of Linda Thompson she has a height of 5 feet 9 inches and weighs around 59 kg. Similarly, she has blonde hair and dark brown eyes.