Lindsay Hartley is an actor, writer, and budding director. She is also a proud mother of her daughter, Isabella Justice Hartley. Previously, she was married. 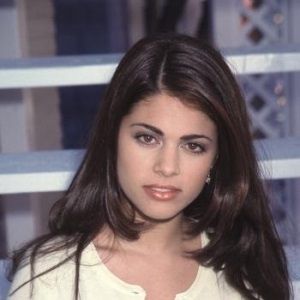 I was devastated when 'Days' let me go and couldn't help but feel it was my fault. What did I do wrong? What happened? It sucks. You always think it's your fault.

There is an event once a year that I'm able to sing at, through 'Passions,' in Tennessee. That's always fun. We perform at the Wild Horse Saloon.

Currently, Lindsay Hartley is living a single unmarried life as of now.

Previously, she was married to former Passions co-star named Justin Hartley in on May 1, 2004. In their marriage, they were blessed with a daughter named Isabella Justice Hartley on July 3, 2004. Unfortunately, their divorce was finalized in 2012 after being married for such a long time.

Apparently, she seems to be enjoying a single life at the moment with no signs and rumors about her dating and affairs.

Who is Lindsay Hartley?

Lindsay Hartley is an actress and singer who hails from America. She gained popularity and fame for starring as Theresa Lopez-Fitzgerald Crane Winthrop on the television soap opera named Passions.

Moreover, she gained a lot of attention for the portrayal of the role of Arianna Hernandez on Days of Our Lives as well.

Lindsay was born on April 17, 1978. Being born in Los Angeles, California, U.S. Her birth name is Lindsay Nicole Korman. She spent the majority of her childhood days in San Diego, California.

Also, her ethnicity is mixed (Jewish, Greek, and Italian). Her parents were shopkeepers in Las Vegas, where they sell things imported from Mexico. Hence, Lindsay appeared in the advertisement for her parents’ shop when she was a teenager.

Regardless, she developed a keen interest in acting and singing since her early life and childhood. At the age of 11, she took part in Young Miss America Beauty Pageant, in which she won the title of national pre-teen talent.

Reflecting on her education and qualifications, she attended the University of Nevada, Las Vegas.

Lindsay Hartley started her career after landing the role of Theresa Lopez-Fitzgerald on the NBC soap opera named Passions in 1999.

For her contribution to the series, she got nominated for the Soap Opera Digest Award in the category of Outstanding Female Newcomer in the year 2000.

Also, she made guest appearances on the shows like The Weakest Link and The Other Half in the year 2002.

Moreover, she made a guest appearance on CSI: Crime Scene Investigation on April 9, 2009. In the same year, she became the cast of another NBC soap opera named Days of Our Lives, in the role of Arianna Hernandez,

In addition, she also portrayed the role of Cara Castillo on All My Children. Later on, it was revived for a short period of time in April 2013. Also, she appeared on the reality show named Queens of Drama.

In 2016, she appeared in an American crime thriller television film, Nightmare Nurse. In 2017. she was featured in six movies.

She was featured in 2019’s My Mother’s Split Personalities as Madeline.

As a result of a successful career for such a long time, it has presented her fame as well as fortune. As of now, her net worth is more than $2 Million.

An average salary of an American actress is over $46,800.

Lindsay has always maintained an admirable and charitable image in her career earning her a respectful reputation. She is very dedicated as well as inspirational on what she is doing at the moment.

Also, she shows no interest in fueling any unwanted rumors and controversy which could give her a negative impression.

Lindsay has a well-maintained and slim body figure. She stands at a height of 5 feet and 3 inches and weighs 47.6kg.

Moreover, her body measurement is 37-24-35 inches, which gives her an hourglass body figure. She has black hair and has light brown colored eyes.