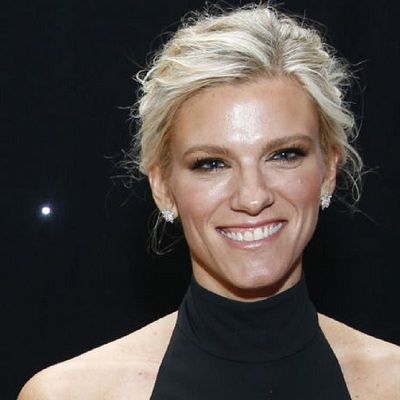 I once played Jennifer Lopez's werewolf body double in a sketch. I don't think anyone was shocked when the sketch got cut after dress rehearsal

My entire career has been behind the camera, and that's definitely where I'm most comfortable.

Lindsay Shookus met television producer Kevin Miller in 2002 and they married in 2010. In early 2013, their daughter named Madeline was born. The couple gets separated in 2014.

Who Is Lindsay Shookus?

Lindsay Anne Shookus is an American TV producer. She has been nominated for nine Emmy Awards, winning three times, for her work on Saturday Night Live.

She was born on June 18, 1980, in Williamsville, New York. Her father’s name is Robert Shookus who was an electronics and housewares business owner, and her mother’s name is Christine Shookus who worked as a sales representative. She has not disclosed about her siblings.

Her nationality is American ad ethnicity is unknown.

She attended Williamsville South High School.  From 1998 to 2002, she studied journalism at the University of North Carolina at Chapel Hill.

She signed up as Marci Klein’s assistant on Saturday Night Live after graduating from college in 2002. She became an associate producer on the show in 2008 and also had to produce credits on 45 episodes of 30 Rock between 2008 and 2010.

In 2010, she was named an SNL co-producer and after all in 2012, has been credited as producer. She is the head of booking hosts and musical guests, scouting potential cast members, as well as show’s talent department. In both 2015 and 2016, she was named one of Billboard’s 50 most Powerful Music Executives.

she was the winner of Primetime Emmy on Outstanding Variety Sketch Series in 2017 and 2018. In 2014,2017 and 2018 she was nominated by PGA award in Outstanding Producer of Live Entertainment & Talk Television.

As per the sources, her estimated net worth is $75 million. Her income and salary are not disclosed yet.

In September 2018, Radar Online speculated Shookus was pregnant. Also, there were rumors of Affleck and Shookus having a wedding.