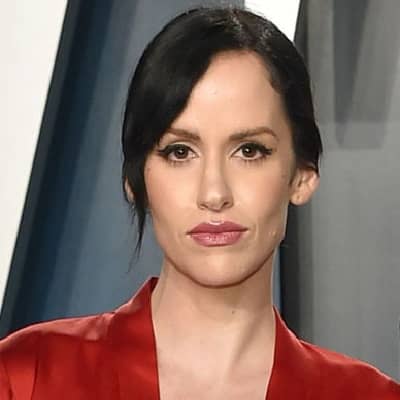 Lindsay Usich is now married to Marilyn Manson in February 2020. Marilyn is an American singer, songwriter, and record producer.

There were various speculations that the couple was dating after spotted together. They were first seen together at the Boudoir in West Hollywood on August 14, 2010. That time, Manson had also recently separated with his then-fiancee, Evan Rachel Wood. Evan has accused Manson of being abusive toward her on Feb 1, 2021.

And the media spotted that they were together when the Manson’s photo was credited by Lindsay. Afterward, they have public appearances together and also posted different photos together. Their relationship had various up and down as the singer also announced their separation in 2015. Again after some months, they were spotted together in their tours.

The couple never revealed their dating date but rather surprised all by their marriage in 2020. The duo married in lockdown and revealed that Nicolas was the only guest at the wedding on FaceTime. Their marriage details are not revealed.

Who is Lindsay Usich?

Lindsay Usich is a photographer and a commercial fashion model.

She is also popular for her relationship with an American singer, songwriter, record producer, Marilyn Manson.

Lindsay was born on 2nd Oct 1984. She was born in Los Angeles and raised in Miami, Florida, United States. She grew up with her twin sister Ashley. Ashley is married to a famous guitarist, James Iha.

Lindsay has an interest in sketching from her childhood and later on, developed her interest in photography.

The names of her parents aren’t available. She holds an American nationality and has English descent.

Lindsay has been working since she was 17 yrs old. She works as a photographer and is an artist at Louise Alexander Gallery. The photographer has worked in various popular magazines and events. Likely, she has also worked as a model in some projects.

Her photographic work is formulated on momentary feeling and intuition. They are mostly based on Feminity with Romanticism. Her photography is also featured in the Frank Magazine. Lindsay also had her one blog Born From The Dirt where she uploads her photography.

The photographer gained more popularity after her relationship with her husband Marilyn Manson. Lindsay has also worked on various of Marilyn’s photos and works.

They together attend various programs like Halloween in Las Vegas at The Bank (The Bellagio), Manson’s art exhibit The Path of Misery in Mexico City, and many others. She also accompanies Manson on their tours and awards ceremony.

Lindsay has amassed a net worth of around $1.4 Million.

The photographer has maintained a low profile when it comes to her personal life. And so she hasn’t appeared in any kind of rumors and controversial news.

Similarly, she has dark brown colored eyes with black hair.