Updated On December 28, 2022 | Published By: Smriti Sharma
Share this
Divorce 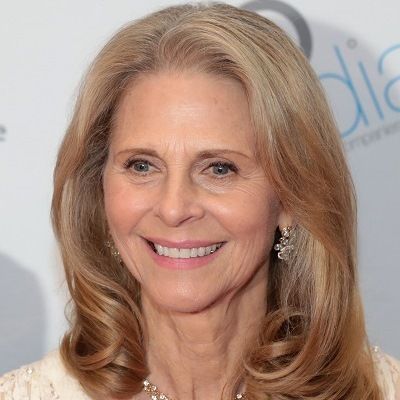 There is only one issue: man's lack of experience in feeling his Divine self and his innate connection with the Divine. All other issues stem from this.

No matter who rejects you, don't lose touch with your higher self, with the higher powers, with anything that you can find which is of the light, that will give you strength in those times when you feel so lonely.

It's about sharing. You just give what you have to give wherever you go, and you let God handle the rest.

[on the 2007 TV remake of Bionic Woman (2007), which was canceled after 8 episodes] On a technical level, it was very good, but I don't think they understood the show. It was steeped in that old-school thinking. It was like a lot of things today, angry and dark.

Then, she married stunt performer Henry Kingi on May 16, 1981, after meeting him on the sets of ‘The Bionic Woman.’

In the year 1982, Kingi and Wagner were blessed with a son named Dorian.

Wagner and Kingi got divorced in 1984. Moreover, she married a TV producer named Lawrence Mortorff in 1990.

However, this marriage too ended in divorce in 1993.

Who is Lindsay Wagner?

Wagner is well known for her leading role in the American science-fiction television series The Bionic Woman (1976–1978), in which she portrayed the action character, Jaime Sommers.

She first played this role in the hit series The Six Million Dollar Man.

Lindsay was born  Lindsay Jean Wagner on June 22, 1949, in Los Angeles, California, in the United States.

She is a Cancer. Her father is William Nowels Wagner and her mother is Marilyn Louise Wagner. She has a sister named Randi Ball.

She started attending ‘David Douglas High School’ where she took part in many school plays.

After graduating from high school, she spent a couple of months in France.

After a year, she transferred to ‘Mt. Hood Community College’ (MHCC) in Gresham, Oregon.

After studying at ‘MHCC’ for six months, Wagner dropped out and returned to Los Angeles to pursue a career in modeling and acting.

Her parents got divorced when she was seven years old. Subsequently, Wagner and her mother moved to Eagle Rock near Pasadena.

When her mother remarried a man named Ted Ball, Wagner moved to Portland, Oregon, along with her mother and stepfather.

Lindsay Wagner started her career as a model before making her television debut by taking up the role of a hostess in the popular TV show ‘Playboy After Dark.’

She appeared as a contestant in ‘ABC’ network’s game show ‘The Dating Game’ in 1969.

She signed a contract with ‘Universal Studios in 1971 and started working in various ‘Universal’ productions.

Wagner’s popularity increased after playing Jaime Sommers which in turn landed her opportunities to play prominent roles in TV movies.

In the same year, she was also cast to play Callie Bordeaux in a TV film titled ‘Callie & Son.’

Wagner played various roles in a number of television movies throughout the 80s and 90s.

She played Penelope Audrey in John Carl Buechler-directed feature film ‘A Light in the Forest’ in 2003.

She then portrayed Morrow Graham in a biographical film titled ‘Billy: The Early Years’ in 2008.

She won Outstanding Lead Actress in a Drama Series for The Bionic Woman (1976) at Primetime Emmy Awards and TV Land Awards. Then, she won Motion Picture at Star on the Walk of Fame.

She has an estimated net worth of around $15 million as of 2022, and her earning sources are modeling, acting, and singing.

Lindsay has blonde hair and hazel eyes, has a height of 5 feet 9 inches, and weighs is 60Kg.

She is active on social media as she has around 171.2k followers on Facebook.

Also get to know more about Diane Keaton, Shirley Maclaine, and Heather Taddy.

Are Jill and Lindsay Wagner related?