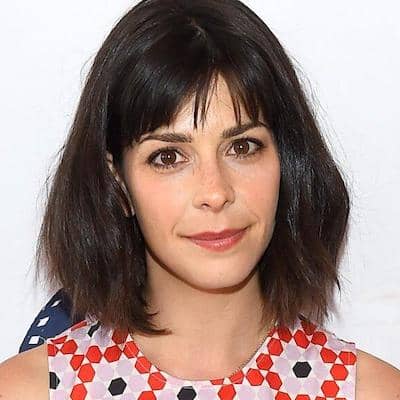 Lindsey Broad is currently in a married relationship. She walked the aisle with Sean Bradley on July 5, 2014.

Her husband is a video maker and has his own YouTube channel.

This couple is parents of their two children. Their first son Teddy was born in March 2017 and after two years in July 2019, their second kid Harry was born.

Who is Lindsey Broad?

Recently in 2021, she was seen in a movie titled Trust as Eleanor.

Her birthdate is 08 Dec 1983 and he was born in New York, United States. The name of her father and her mother is hidden.

Lindsey’s ancestry is Caucasian and as per the academics, she enrolled at the Pennsylvania State University and achieved a theatre degree.

She also portrayed the character of Karen in Benders for eight episodes in 2015 and Chelsea in In the Dark for 13 episodes.

Her other brief small-screen acting credits are,

She collected a net worth of around $500k US as of 2021. Her yearly salary from the acting career is not disclosed.

This The Office famed actress is keeping herself away from rumors and desperate scandals. But she got fame for her character in The Office along with some hatred too.

For this, she once said that the audience sometimes goes overboard and does not understand reality.

Lindsey Broad’s height is 5 ft 6.5 inches and her body weight is average. Similarly, she has brown eyes plus her hair color is dark brown.

Jennifer Lopez: her Miami visit with her new boyfriend, her baseball talks and her upcoming music video! Know about it here!