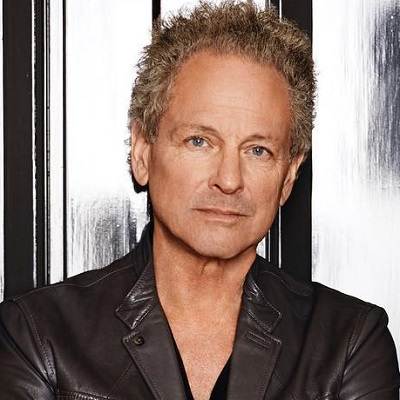 Lindsey Buckingham is married to Kristen Messner. They were married back in 2000.

Before this, he was in a long-term relationship with the singer, Stevie Nicks. They started dating back in the high school days where Buckingham used to be one-year to Nicks. Also, they have worked together in numerous songs and albums. However, they ended their relationship with break up in 1977.

Who is Lindsey Buckingham?

American Lindsey Buckingham is a singer-songwriter and record producer. He is renowned Rock and New Wave as his singing style.

Also, he is popular as the former lead guitarist of Fleetwood Mac. Last, in 2020, he featured the single, Caution as a guitarist.

Lindsey Buckingham was born on the 3rd of October 1949 in Palo Alto, California. His birth name is Lindsey Adams Buckingham. His father Lt. Morris Hamilton and mother, Lt. Rutheda Buckingham were of British ethnicity.

He has two siblings, Gregory and Jeff Buckingham. Gregory was an Olympic medalist swimmer.

Talking about his educational background, he graduated from the Menlo Atherton High School in Atherton. Later, he joined the San Jose State University for further study. However, he dropped out of the university to follow his passion for music.

During High school, Lindsey Buckingham started his career as a singer with his then-girlfriend, Stevie Nicks. The duo moved to Los Angeles to land the record deals. Before that, they were a part of the high school band, Fritz.

Lindsey’s career took a major turn when they joined the band, Fleetwood Mac as a guitarist in 1975. The same year,  Fleetwood launched its 10th studio album that peaked in the 1st position in the American Chart. In the album, he contributed two songs including the Monday Morning and I’m So Afraid.

After that, the band released the song, Rumors that rose band’s member’s fame as superstars. Later, he played a significant role as a director and songwriter of the band’s next album, Tusk. The album peaked at the No.1 position the UK’s Billboard. Also, the album received 2X Platinum certification for the RIAA.

In 1981, he launched his first solo album, Law & Order featured by his bandmates in the guest’s appearance. Moving in 1987, he spilled for the band to pursue his solo career. Before that, he gave back to back hits with the band that includes Tango in the Night.

After that, he released his third solo album, Out of the Cradle in 1997. Later, in 1997, he rejoined the band, Fleetwood Mac. Along with the band, he launched the albums Gift of Screws. Also, he accompanied the band in its tours including the 2009- Unleashed, 2010-2011- Seeds We Sow, and 2013- Fleetwood Mac EP and world tour.

In 2018, he was fired from the band after the heated argument about the band’s tour nature. After that, he focused on his solo career. Last, in 2020,

Talking about the salary, his earnings as a singer is in the range of $23k to $208k. Also, his music royalties and music tours are the major sources of his income.

In October 2018, he created the headlines in the media when he launched a lawsuit against his former band members. In the lawsuit, he claimed that he was fired from the band for no reason.

Also, he mentioned that he lost the opportunity to earn around $12 million to $14 million when he postponed his personal tours for the band’s tour. However, the band dumped Buckingham from the band’s North American tour.

Later, the matter was resolved with a secret deal between Buckingham and the band.

Lindsey Buckingham has blue eyes with light hair. His height is 5 feet 9 inches and weighs around 69 kg.

You may also read the bio of Jennie Kim, Lori Singer, and Brec Bassinger.

Insight on the life of singer Angelic, family, social media, and more biography!