Updated On November 24, 2022 | Published By: Claude Payton
Share this
In Relation 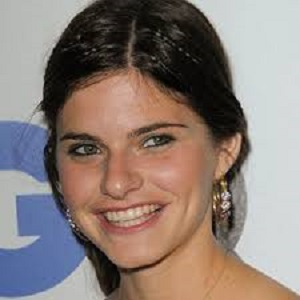 What is the relationship of Lindsey Kraft?

Lindsey Kraft is still unmarried. However, she is in a relationship with her partner Andrew Leeds. He is an Americana ctor. The pair has not disclosed when and where they met. She often posts pictures of her with her boyfriend and they are also mostly seen together going out for dinner, movies and for traveling to new places.

They have not revealed their future plans however, their fans want to see them as husband and wife.

Who is Lindsey Kraft?

Lindsey Kraft is an American actress, writer, and model who is best known for her role as Marguerite Macaw on ‘Getting On’, Leslie Curry on ‘Living Biblically’, and Allison on ‘Grace and Frankie’.

She was born on January 23, 1983, in Manhasset, New York, USA. Her birth name is Lindsey Brooke Kraft and she is currently 39 years old. She grew up in Long Island, New York. She has a sister. But, Lindsey’s parent’s information is not available.

Lindsey holds American citizenship but her ethnicity is Caucasian.

Talking about Lindsey’s education history, she is a graduate of the University of Maryland.

Lindsey Kraft began her career as a model. After that, she made her appearance on television. She portrayed the role of Courtney/Lisette in ‘Law & Order: Special Victims Unit’ in 2003, and 2011. She appeared as Penelope in ‘Third Watch’ in 2005, Nadia in ‘The Sopranos’ and as Amy Jenson in ‘Without a Trace’ in 2006.

Kraft began her film career from the movie ‘Nail Polish’ in which she appeared as a Sorority girl. After a year, she portrayed the role of Rogue in ‘Epic Movie’. After that, she appeared as Dagney in ‘See You in September’, in 2010, as Jackie in ‘Newly Single’ in 2017, and as Tobey in ‘Nostalgia’ in 2018.

It seems the talented actress has not been awarded and nominated for her work till date despite playing so many films and televisions.

She must have earned a decent amount of money from her career. However, she has not disclosed her net worth, salary, and income.

She does not like to harm other people and she has maintained her celebrity status. Also, she has not been involved in any types of rumors and controversies in her career.

What are the body measurements of Lindsey Kraft?

She has a height of 5 ft. 3 inches and weighs 52 kg. Also, Lindsey has dark brown eyes and black hair. But, other information regarding Lindsey’s body measurement, shoe size, dress size, is not available.