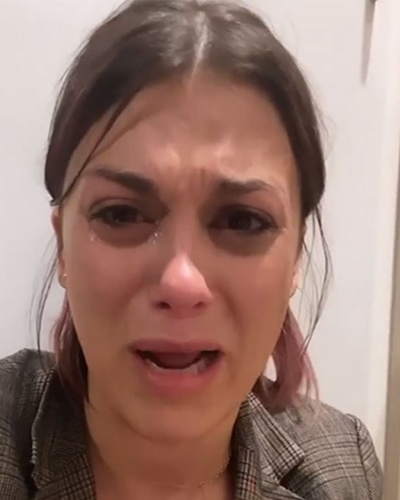 Lindsey Shaw is leaving social media! She decided to take the step after the racial controversy over a TikTok clip. She shed tears in the social media clips while reacting to the responses after users were upset for her previous clip where she reacted to a group of Black dancers performing a dance move. Also, she then mimicked the move herself and said,

She apologized and said that the commentary was not a serious thing. Lindsey believes it to be millennials and Gen Z thing. While responding to the video she said,

“OK, I just have to say right now that the hate in my inbox is not OK. I did not mean anything in any kind of way, I am learning every day, as I think everybody is. And this kind of hate just needs to evaporate from the planet no matter who it’s directed towards.”

Some people called her crying video shedding ‘crocodile tears’. She clapped back at the users saying,

“This is my soul out there, if you know anything about what I stand for, what I believe in, you know that it’s not this.”

Lindsey Shaw is an actress from America. She is famous for being the lead actor in ABC Family’s 2009 comedy series 10 Things I Hate About You. Read more bio…

Are Ali Wentworth and George Stephanopouos still married?
Tags : 10 Things I Hate About You Actress