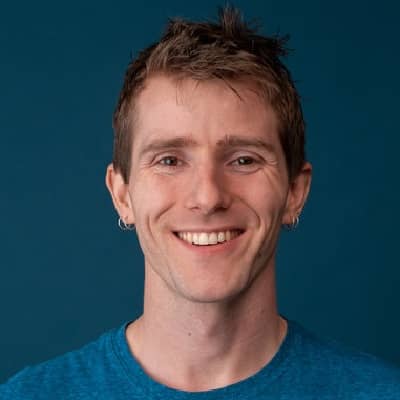 Linus Sebastian’s relationship status is married. He is married to Yvonne Ho. The couple tied the knot on May 20, 2011.

As of now, they have one son and two daughters. The information regarding their children isn’t revealed.

Who is Linus Sebastian?

Linus Sebastian is one of the Canadian YouTube personality, presenter, producer. He is also the founder of Linus Media Group.

He has four siblings: two sisters, Isabelle and Emily, and two brothers, Asher and George. Likewise, his parent’s names are unknown.

He belongs to Canadian nationality and is of Mixed(German, Spanish, and French) ethnicity.

Talking about his education, he completed his schooling from Garibaldi Secondary School.

Before, he used to work as a manager in the now non-existing Canadian online computer store named NCIX. Working as the host to the cameraman there, he uses to help for demonstrating the company’s products. In addition, the first video he hosted was a demonstration for a Sunbeam processor heatsink.

In a short span, Linus was the top seller of high-end gaming systems. And it offers him a position at the head office in Richmond to take care of the system configurations on the company website.

Working really hard he becomes no 1 seller in water cooling parts in Canada. That takes him to the opportunity of managing core business components like motherboards, SSDs, RAM, and networking.

And within a few years, he was promoted to the position of a category manager. In 2007, NCIX asked him to host their technology channel, which was created to demonstrate their products and keep up with competitors such as ‘TigerDirect’ and ‘Newegg’ in a rapidly changing market.

Working in NCIX, he met Luke Lafreniere (aka SlickPC). They started to work together and create ’Techquickie’ in early 2012. Sebastian and Lafreniere, also use Twitch since 2012, to live stream ‘The Wan Show’. The show is based around discussions on the latest news in the technology world and Q&As.

In April 2018, the Linus Tech Tips channel uploads a video claiming that Apple refuses to repair his iMac Pro (paid, non-warranty repairs) after the damage.

In January 2020, Sebastian said that he was retiring but later confirmed that he isn’t retiring at this time.

Being one of the successful personality, his net worth is $2.5 million. He owns different brands of cars like the BMW 1 Series, Toyota, Renault, and many more.

Linus doesn’t get involved in any such activities that can create any rumors of controversies about the star in the media.

Likely, his Facebook page also holds around 15K followings. Furthermore, he has his own YouTube channel named, Linus Tech Tips with 11.9M subscribers.

Also, get to know about other You Tubers like Jackson Mecham, Kate Elizabeth, and YourPalRoss.