Updated On January 26, 2023 | Published By: Brandy Stratton | In Sexuality
Share this 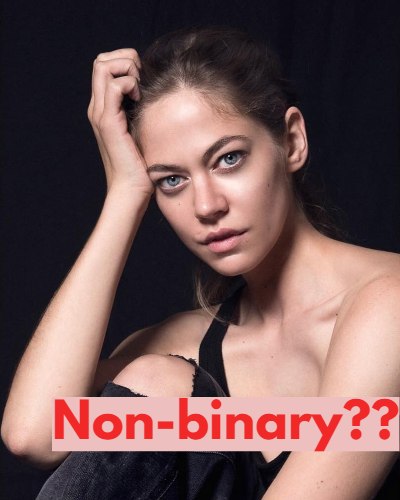 Lio Tipton who was born as Analeigh Tipton has come out as queer and non-binary. Lio announced that they changed their name and now will be called ‘they/she’. They wrote on their Instagram confirming that they don’t identify as a male or female,

“Hi. My name is Lio. My pronouns are they/she. I am proud to announce I am queer and I identify as non binary. I hope to give as much love and support back to those who continue to show love and support for the Pride community at large.”

Lio received love from fans and they were very supportive of Lio’s decision. It is one of the best announcements from a celebrity in the month of pride. Multiple celebrities have come out recently.

Also read Who is non-binary actor Sara Ramirez’s husband, Ryan DeBolt? Know about their wedding, his age, net worth, and biography

Who is Lio dating at present?

Lio Tipton is in a relationship with Chaz Salembier. The couple has been together since 2019. Chaz is the Creative Executive of The Walt Disney Studios since 2015. He attended Saint Louis University and completed his Bachelor of Arts (B.A.) in Rhetoric Composition.

Tipton flaunts her love for Chaz on Instagram. They celebrated the 2021 Valentine’s Day together with a picture of them.

How much is the net worth of Lio Tipton?

Leo Tipton has a net worth of $1.5 million as per Celebrity Net Worth. They have worked in several film and TV series. Their film work includes The Green Hornet, Crazy, Stupid, Love, Damsels in Distress, 4 Minute Mile, Lucy, Two Night Stand, Between Us, Viral, Compulsion, Golden Exits, All Nighter, Summer Night, and many more.

Also read Nats Getty comes out as transgender and non-binary after top surgery!

Florida-born Analeigh Tipton is an actress. Additionally, she is also a fashion model and a figure skater. She started her professional career in 2008.

Presently, she is a prominent figure among the media for appearing in the American romantic comedy film Crazy, Stupid, Love. She is also famous for her roles in the film, Warm Bodies. She plays the role of Nora in the film. Read more bio…