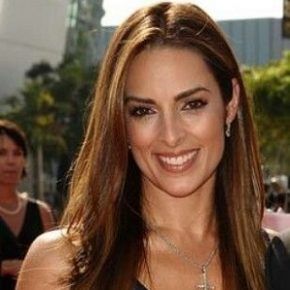 Lisa Ann Russell’s first relationship was with Paul Gosselaar. The couple had a great relationship with each other. They later got married in 1996. Paul was one of her co-stars in ‘Saved by the Bell’. The couple lived in Los Angeles, California. They had 2 children together, Michael and Ava Lorenn’. Their marriage ended after 13 years in 2010 which was a total surprise to the longtime fans of the couple. She announced in 2011, that she was getting married again to Jeff Probst. Jeff Probst is a well-known TV producer and director.

Who is Lisa Ann Russell?

Lisa Ann Russell is an American actress turned fashion model widely known for her acting role in TV series Saved by the Bell: The College Years and other various movies including’ Kounterfeit’ and ‘Twisted Love’. She was a model for Revlon.

Talking about her early life she was born on March 21, 1972. She experienced her childhood in Sterling, Illinois but she later moved to Chicago and then to California.

Lisa first started as a fashion model for Revlon during her early days. She is involved in numerous movies that have got her a worldwide fame. Her days in modeling was shortly before she moved to the field of acting.

There is no information about her education history.

When in California, Lisa Ann Russell gave a start to her career by attending various TV shows and movies throughout her career. ‘Saved By The Bell’, ‘Kounterfeit’, ‘Twisted Love’, ‘The Jeff Probst Show’, ‘A.P.E.X’ are some of the TV shows and movies that she has been involved in directly and indirectly’. She played Princess Shalazar in ‘Sinbad: The Battle of the Dark Knights’. She has also graced various fashion shows and events by her presence. She has been earning big amount of salary, but the exact figure is still unknown and her net worth is estimated at $ 8 million at present.

It was rumored in 2010 that Lisa Ann Russell had separated from her first husband Paul Gosselaar due to her closeness with Jeff Probst. Her recent posts in the social media have mostly been with her husband Jeff. Her husband Jeff posted on Twitter that through this event, he had a personal commitment that he could not break.