Walter is widely famed as the creator and executive producer of the Oxygen network reality weight-loss competition series, Dane Your Ass Off.

Talking about her relationship details, Lisa Ann Walter is single and is not dating anyone at the moment. She seems to be focused on her career and professional life.

Previously, she was married to an American actor and producer, Sam Baum. The former couple tied the knot in 1986 and welcomed their four children. Their children are Delia Baum, Simon Walter, Spencer Walter, and Jordan Baum.

However, things didn’t turn good in between them and they decided to separate in 1999. 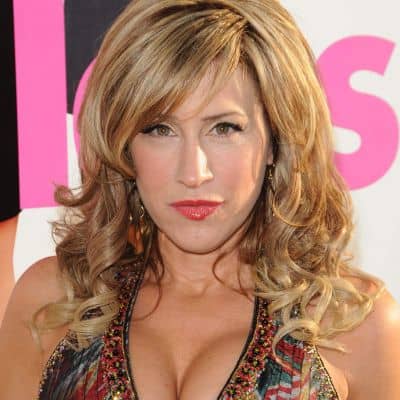 Who is Lisa Ann Walter?

Walter is widely famed as the creator and executive producer of the Oxygen network reality weight-loss competition series, Dane Your Ass Off.

Moreover, she has also appeared on ABC’s reality television series, The Next Best Thing: Who Is the Greatest Celebrity Impersonator? and The Weakest Link.

Lisa Ann Walter was born on 3 August 1963. At present, she is 53 years young star. Likewise, her birthplace is Silver Spring, Maryland, the USA.

Not much is known about her father and mother’s details, Lisa has been secretive towards her family details. Moreover, she has an older sister named Laura.

Talking about her nationality, Walter holds an American identity whereas her ethnicity is German, Italian/Silican.

Regarding education, the star completed her graduation with a theatre degree from the Catholic University of America in Washington, DC in 1983.

Lisa was involved for five years in standup comedy and then featured in her own Fox Network comedy series, My Wildest Dream. She also played in an ABC sitcom, Life’s Work which she created as well. Ann also appeared as a co-star in the Bravo series Breaking News and in the NBC sitcom, Emeril.

Moreover, Walter also performed in Bruce Almighty(2003) and Shall We Dance(2004) and later co-starred in the Disney film, The Parent Trap in the remake of the original classic. Apart from this, Ann performed the role of Whoopi Goldbgerf’s tarty sidekick Claudine in Eddie(1996).

In the year 2007, the star performed in the supporting role as Mabel the bartender in the MyNetworkTV soap opera Watch Over Me. Afterward, Walter was featured as a judge on the ABC reality TV show, The Next Best Thing which searched for the best celebrity impersonators in America.

Similarly, at the beginning of May 2011, Lisa hosted The Fabulous Lisa Ann Walter Show, a talk show on the Los Angeles radio station KFI. The program premiered for three hours each Saturday and Sunday.

A famed star, Walter has earned a handsome amount of money from her profession. She lives a lavish lifestyle along with her family.

It is reported that Lisa Ann Walter has an estimated net worth of $500k-$1 million.

It seems that Walter prefers enjoying her personal life and does not want to merge it with her professional life.

53 years young star, Lisa has beautiful looks and an admirable personality. She stands at a height of 5feet 4inches. Also, she has a balanced body weight of 60 kg.

Furthermore, Walter has green eyes whereas her hair is blonde. Her body measurement is 36-30-37 inches(chest-waist-hip) respectively.

The star wears a dress size of 6 and her bra size is 36C.

Regarding her social media presence, Lisa Ann Walter is an active personality on social media. Lisa has more than 44.9k followers on her official Instagram account @lisaannwalter.

She is also active on Twitter with around 29.8k followers.