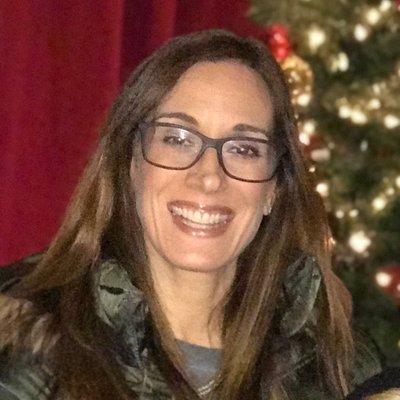 Lisa Arch is a married woman. She is married to Russell Arch but the date of their marriage is unknown. The couple is blessed with a son named Garrett Mitchell Arch on September 18, 2007. The couple is currently living together without any sign of divorce.

Who is Lisa Arch?

Lisa Arch is an American actress and comedian who is best known for her performance in the 1997-1998 season of the FOX Network comedy show ‘MADtv’. Also, she is known as a co-host of TBS’s ‘Dinner and a Movie’ from 2002 to 2005.

She was born on November 23, 1971, in Los Angeles, California, USA. her birth name is Lisa Kuschell and she is currently 47 years old. Her parents were very supportive of her and allowed her to hone her skills in their unfurnished living room. She has a brother named Bob Kushell who is a Tv writer and producer and Internet talk show host.

She not disclosed information about the college and universities she attended.

She appeared as Cassie on ‘Curb Your Enthusiasm’ in the season 7 episode entitled ‘The Black Swan’. In 1997, she joined the cast of ‘MADtv’ and appeared as a reporter performer for the third season.

She left MADtv and did many guest appearances and voice-overs and commercials such as “Mervyn’s” and “Southern Comfort.”

Lisa rosed to fame after she appeared as the hostess of the TBS cooking and entertaining show ‘Dinner and a Movie’ in 2001. She appeared in the show for two and a half years.

It seems Lisa has not been awarded and nominated for her work till date.

The talented personality must have earned a huge sum of money from her career however she has did not reveal her exact net worth, salary, and income.

Lisa has been successful in keeping herself far from rumors and controversies in her personal and professional life.

Lisa Arch has dark brown eyes and dark brown hair. Her body height is 1.75 m and weight is 69 kg. But, other information regarding her shoe size, dress size, etc. are not available.