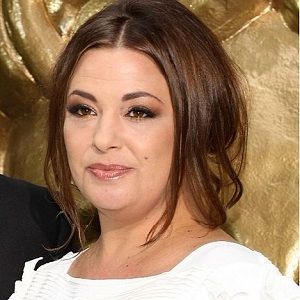 What is the relationship of Lisa Armstrong?

Armstrong is a divorced woman.

Prior, she married her longtime boyfriend Anthony McPartlin on 22 July 2006. Anthony is one of a famous TV personalities. They married at Cliveden, a country house hotel in Buckinghamshire. The couple was together for 11 years but in January 2018, they get divorced. After that, she seems to be single.

Who is Lisa Armstrong?

Lisa Armstrong is a former member of the pop band Deuce. She worked as the makeup expert for the ITV program This Morning. Then she becomes the make-up supervisor for the ITV quiz show Pick Me.

Moreover, she is also popular for her performance in the prime-time entertainment series Ant & Dec’s Saturday Night Takeaway.

Lisa was born on 25 October 1976, in Oxford, Oxfordshire, England. And she grew up in Blackbird Leys, England. She grew up with her parents. She also has one older brother named Stephen and does not have any sisters. Her parents’ names are unknown.

She did her schooling at Peers School. And at age of 14, she entered the prestigious BRIT School for Performing Arts & Technology in London.

Lisa has built a great career as a successful makeup artist. She has worked as chief makeup and hair designer on Strictly Come Dancing for over ten years. She has done outstanding work and in the year 2014, she received the prestigious CRAFT BAFTA for her team.

Lisa was listed on the nomination for the Technical Craft Award (TV) in 2010 for her work in Strictly Come Dancing. Moreover, she was nominated for Best Make-Up Design: Entertainment & Non-Drama at BAFTA Awards, 2011.

Lisa Armstrong: Salary and Net Worth

She must have good earnings as she is one of the renowned makeup artists. But her salary is unknown through the sources. As of 2022, she has an estimated net worth of $5 million.

She was good with all and maintained a good professional and private life. So she hasn’t been involved in any of the rumors and controversies.

Her height and weight are known. She has dark brown color hair and brown-colored eyes. Other information on her body measurements like her shoe size, dress size, etc. is unknown.

Ant McPartlin seen with his new girlfriend Anne-Marie Corbett on a romantic walk after his split from his wife Lisa Armstrong!