Posted on January 11, 2022 | In controversy , Married , Relationship
Share this 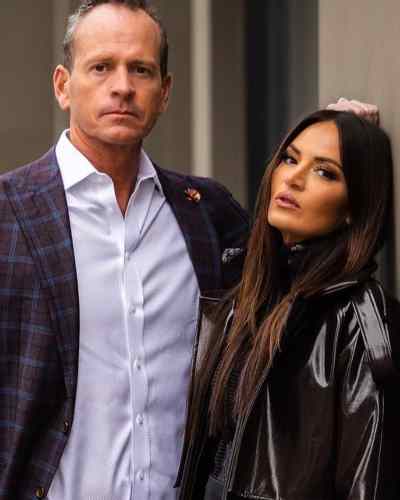 The other cast member of RHOSLC is Lisa Barlow, Mary Cosby, Heather Gay, Whitney Rose, Jen Shah, and Jennie Nguyen. She is the CEO of a marketing company called LUXE.

In a recent episode of The Real Housewives of Salt Lake City, Lisa shared that her husband dated her older sister, Genia before her while speaking with Seth’s brother at the birthday party.

After this episode of RHOSLC aired Lisa then clarified these rumors on Twitter. She wrote,

“John Didn’t Date My Sister. They Went on one Date”

She added in the tweets,

“My gorgeous sister had amazing taste and I’m so glad I got to meet John through her.”

Who is Genia Hall?

Genia is one of the five sisters of Lisa Barlow. She grew up in New York City but she currently resides in Lawrence, Kan along with her husband and four children. Hall is the creative director and founder of She Is Like Eve, a clothing line for women loosely based on Eve.

According to her Instagram bio, she is a “wife and mother of 4 sons”. She also called herself a designer. Hall is married to DR. Ryan Hall. The couple together has four children named Ethan, Clark, Harrison, and Collier.

Hall is in her 50s as of now. She celebrates her birthday on the 13th of June.

Also read, “Reality star Ramona Singer speaks out about her marriage and divorce with her husband, Mario Singer: “I Reached My Breaking Point”

Lisa and her husband John first met at Brigham Young University. They first started as a best friend and after a long time friendship, they turn their friendship into a relationship.

Lisa explained how she met her husband in a promotional video. She says,

“I have four sisters. I had to meet him through a sister. One of them might have even had a crush on him,”

In July 2003, the beautiful couple walked down the aisle in an intimate wedding ceremony. The following year, they launched their spirits company, Vida Tequila. Her husband, John is also the owner of companies like Jack Henry Spirits and LJB Investments.

Lisa Barlow is an American renowned businesswoman and reality television star. She is the founder of  Salt Lake City-based Vida Tequila. Barlow has been living in Utah for over 20 years.

As of now, she is 47 years old. She celebrates her birth date on the 14th of December. Her Zodiac sign is Sagittarius.