Lisa Bonet is an American actress and activist. She is married to actor Jason Momoa. She has three children. 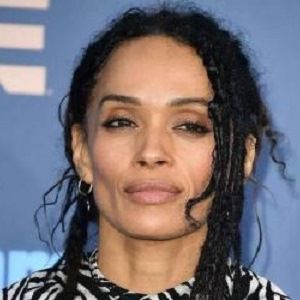 What saddens me is the corruption of youth and beauty, and the loss of soul, which is only replaced by money

Prisons are like the concentration camps of our time. So many go in and never come out, and primarily they're black and Latino

That industry expects you to prove yourself over and over again. Do I stay doing this, or do I raise my daughter and live surrounded by people who love me? Wasn't even really a choice.

Lisa Bonet dated Damian Marley, but the relationship didn’t go well so they broke up. Then, she dated actor Corey Parker. But they broke up.

Similarly, she dated musician and singer Lenny Kravitz in 1987 but they broke up in 1993. They had a daughter named Zoe.

Moreover, she dated Bryan Kest, but the relationship didn’t go well so they broke up.

Finally, she married actor Jason Momoa on November 15, 2007. She was in a relationship with him since 2005. Together, they are blessed with two children; a daughter, Lola Iolani Momoa, Nakoa-Wolf Manakauapo Namakaeha Momoa.

Who is Lisa Bonet?

Lisa Bonet is an American actress. She is well known for her role as Denise Huxtable on the NBC sitcom The Cosby Show, which originally aired.

Lisa was born in San Francisco, California, the United States on November 16, 1967, to parents Allen Bonet and Arlene Litman, her father is an opera singer.

Whereas, her mother was a music teacher and was of Jewish descent. She belongs to American nationality and mixed (African- American- Ashkenazi Jewish) ethnicity. Her birth sign is Scorpio.

Talking about her education, firstly, she attended Birmingham High School. Then, she joined Reseda High School.

On talking about her profession, her initial acting endeavors include playing Carla in the American medical drama black comedy TV series ‘St. Whereas, her breakthrough came in 1984 when she also landed up playing the role of Denise Huxtable, the free-spirited and rebellious second child.

Likewise, her remarkable performance in ‘The Cosby Show’. Then, she went on to pose nude for several magazines including a topless centerspread spreadhead in ‘Interview’. Similarly, she was also the host of the elections special program ‘Why Bother Voting?’ in September 1992. In 1993 ‘Bank Robber’ directed and written by Nick Mead saw her in the starring role of Priscilla.

Moreover, she also starred as Catherine Briggs in the Nigel Dicks directed 1994 crime-thriller flick ‘Final Combination’. On that year she also appeared in a Television movie titled ‘New Eden’ portraying the character of Lily. The film that released on November 20, 1998, emerged as a big hit at the box-office.

On talking about her lifetime achievements and awards, she won Young Artist Award for Best Young Actor/Actress Ensemble in a Television Comedy, Drama Series or Special for The Cosby Show (1984). Similarly, she won Best Young Female Superstar in Motion Pictures for Angel Heart (1987).

Lisa Bonet: Salary and Net Worth

There is no information about her salary. Her net worth is around $10 million dollars.

On talking about her body measurements, Lisa Bonet has a height of 5 feet 2 inches. Additionally, he weighs is 53Kg. In addition, she has a measurement of 32-23-31 inches respectively.

Also, read the affair, salary, the net worth, controversy, and the bio of  Erica Rose, Traci Bingham, and Zulay Henao.