Lisa Clark is not having an affair with anyone presently. Lisa Clark is a blogger and social media influencer

Lisa Clark has possibly found the love of her life. Last, on the 8th of August 2020, she has shared an Instagram post of camping with a man in Byron Bay, New South Wales.

Through the post, she wished birthdate for the man. Also, she recalled some of the past moments.

Due to the post, there is some speculation that she is in a relationship. However, she has not made official that if she is dating the guy.

Previously, she was in a relationship with co-contestant of Big Brother, Jake Richardson. They made their relationship official in 2015.

However, they are not in a relationship now. The separation between them is a mystery unsolved for the public. 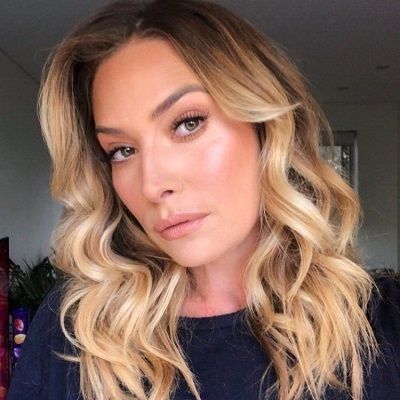 Who is Lisa Clark?

Lisa Clark is a blogger and social media influencer. Lisa Clark is renowned as the ex-contestant of Big Brother Australia 2014.

Currently, she is associated with Stella Insurance as a content producer.

Lisa Clark was born on the 2nd of July 1985 in Syndey, Australia. She is of British-French ethnicity. As of August 2022, she is 36 years old. Also, her zodiac sign is Cancer.

To date, she has not shared any details on her family background including her father, mother, and siblings. However, she shared a picture with his stepmother, Fay on mother’s day.

Lisa Clark first came into the limelight when she appeared as the housemate of Big Brother Australia 2014. After the show, she started expanding her career as a blogger and freelance journalist. As a blogger, her content revolves around travel, fashion, and photography as her primary niches. Also, she contributes blogs to the Bumble and skills Road.

Apart from that, she has been contributing columns to online magazines. Also, she has worked as a commentator for Fitness First Australia. Currently, she is associated with the insurance company, Stella Insurance as a content producer.

Besides that, she has promoted various brands as an ambassador. Such brands include Hair Cartel, One Night Stand Sleepwear, and Sealand Birk.

Also, she has been associated with other brands including General Pants, Mecca Cosmetics, and The Fifth Label.

As of 2022, she has an estimated net worth of $500 Thousand. As a blogger, her earnings are in the range of $20k to $53k. Besides that, she also makes through her Instagram post and brand promotion too.

Also, her earnings as a content producer of Stells Insurance range from $30k to $66k. Apart from that, she also earns as a brand ambassador too.

As of now, she has managed to maintain dignity as a social media personality. To date, she has not been through any sort of controversy and scandal that created headlines in the media.

However, in 2014, there were rumors that she is in a relationship with the Big Brother Australia co-contestant, Jake Richardson. At the time, the rumored couple was hanging out with each other on various occasions together.

Also, her rumored boyfriend, Jake denied the relationship. Later, in 2015, the rumored couple made their relationship official.

Lisa Clark has brown eyes with brunette hair. She has a decent height and weight. However, details on her body stats are not available.

You may also read the bio of Joanna Coles, Jem Wolfie, and Maggie Mae Fish.