Lisa D'Amato is a recording artist and model. 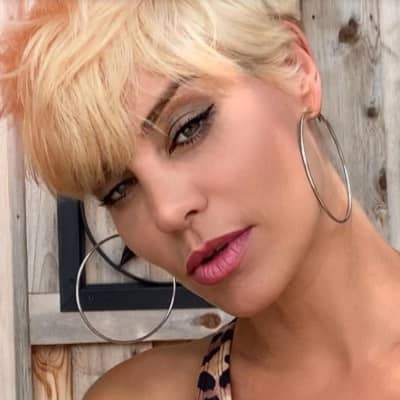 What is the relationship of Lisa D'Amato?

Lisa D’Amato is married. She exchanged the vows on 30 Sep 2012 with Adam Friedman. Her husband is an entrepreneur.

Their wedding took place in Hollywood Hills. In May 2013, Lisa announced that she is expecting her first child.

Then, their son Daxel was born in Sep 2013. Again after three years, this couple welcomed their second kid. They named their son Venice Sire Friedman.

Interestingly, they live streamed the birth of Venice on Facebook.

Who is Lisa D’Amato?

Lisa D’Amato is an American recording artist and model. She is also a television personality who rose to fame after appearing on America’s Next Top Model.

She was born as Lisa Marie D’Amato on 22 Oct 1980 in Los Angeles, California, USA. The names of her mother and her father are Denise and Peter Paul D’Amato III respectively.

Lisa belongs to mixed (Italian, Danish, Mexican) ancestry. Regarding academics, she has not disclosed any details.

Lisa D’Amato started her journey in America’s Next Top Model after she was dared to participate. The other contestants were Cassandra Jean, Jayla Rubinelli, Nicole Linkletter, and more.

However, Lisa did not win the competition and came in 6th place. After this, she participated in Cycle 17 All-Stars and won it. Her other screen appearances are,

As a Musical Artist

Lisa D’Amato is also a talented singer. Her debut song came out in Oct 2007, Ace of Spades. She sang other tracks like My Name Is Lisa, Bikini, Can’t Touch It!, and more.

She released her first album titled La Puchinetta in Dec 2009. Then after two years, she again gave the public her next album Flippin’ the Bird.

How much is the net worth of Lisa D’Amato?

Lisa D’Amato has a net worth of $46 million (estimated) as of the year 2022. However, her salary and other earnings are unknown.

This recording artist currently attracted the media with the judge of ANTM Tyra Banks. Tyra used her childhood suffering of Lisa for her own profit.

What are the body features of Lisa D’Amato?

Regarding Lisa D’Amato’s body features, her height is 5 ft 10 inches and her body weight is average. Moreover, her eyes are green and her hair is also light brown.