Talking about her relationship details, Lisa Desjardins is happily living married to Jason Desjardins. The couple tied the knot on 6 October 2007 and are blessed with a son named Maximo Maurice born in 2016.

She lives with her family in Alexandria, Virginia without any complications. 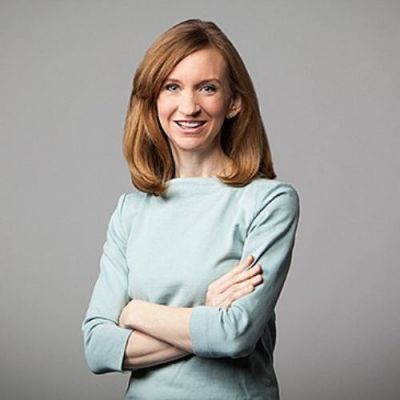 Who is Lisa Desjardins?

Lisa Desjardins is a well-recognized American political journalist and news reporter. Desjardins is a correspondent at PBS NewsHour and has previously worked for the Associated Press and CNN Radio.

Moreover, she is presently working on PBS News Hour where she covers the news from U.S. Capitol.

Lisa Desjardins was born on 29 January 1972. At present, she is 49 years young journalist. Likewise, her birthplace is Hawaii, the USA.

Not much is known about her father and mother’s details, Lisa has been secretive towards her family details. Moreover, she has three siblings and seven half-siblings on her father’s side. Her dad was a Naval officer who retired at the rank of Captain and later worked as a college instructor.

Talking about her nationality, Desjardins holds an American identity whereas her ethnicity is Hawaiin.

Regarding education, the star journalist attended the College of William & Mary in Williamsburg, Virginia, and earned a bachelor’s degree in economics. She went to Russia for two years and pursued her study at Herzen University in Saint Petersburg and studied Russian studies and learned to speak Russian.

Moreover, the star attended Northwestern University’s Medill School of Journalism in 1996. The journalist earned a Master of Science degree in journalism from that university.

Lisa was passionate about political matters since her childhood. She started her first job in journalism at the local television station WBTW in Myrtle Beach, South Carolina, between 1998 and 1999. Later, she worked as a freelance reporter for The Sun News, a Myrtle Beach newspaper, and for a news agency, Reuters.

Later, Desjardins joined the Columbia NBC affiliate WIS as a political reporter. There she covered the South Carolina Legislature, the debate on the display of the Confederate Flag at the South Carolina State House, and the 2000 Republican presidential primaries.

The journalist then became a reporter in Washington, D.C. bureau of the Associated Press where she reported the 2004 presidential election; Medicaid; hurricanes; and the Iraq War. In October 2014, Lisa became a member of PBC NewsHour as a political reporter, and in July 2015, she was promoted to Political Director, appearing on camera from the studio and from the U.S. Capitol.

Moreover, she was inside the U.S. Capitol on 6 January 2021 covering the counting and certification of the 2020 Presidential Electoral College votes when the building was attacked by violent mobs. However, she continued her reporting even after she was assaulted by a rioter. Later, Desjardin returned to cover the delayed certification process and remained in the Capitol until 3:45 AM the following morning.

A famed American journalist, Desjardins has earned a handsome amount of money from her profession. She lives a luxury lifestyle along with her family.

It is reported that Lisa Desjardins has an estimated net worth of $2 million. Likewise, she earned more than $120k as an annual salary from PBS News being as a Political Director.

It seems that Desjardins prefers enjoying her personal life and does not want to merge it with her professional life.

49 years young journalist, Lisa has beautiful looks and an admirable personality. She has not mentioned her exact height but seems to be more than 5 feet.

Furthermore, Desjardins has green eyes whereas her hair is blonde.

Nevertheless, the news reporter has never mentioned other physical details in the public yet.

Regarding her social media presence, Lisa Desjardins is an active personality on social media. Lisa has more than 125.8k followers on her official Twitter account @LisaDNews.

She is also active on Instagram with around 5.9k followers.

However, Desjardins is also not on Facebook at the moment.