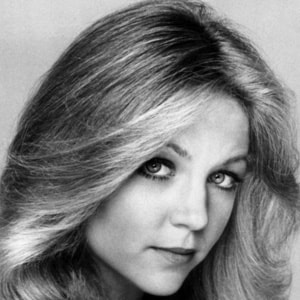 I remember having the best childhood. I had a very healthy, happy, funny family.

Regarding personal life, Lisa Hartman Black is a married woman. She has been married to Clint Black since October 20, 1991. Clint is a popular country singer. The couple has welcomed a daughter, Lily Pearl Black on May 8, 2001. The couple used to live in Laurel Canyon, Los Angeles, California. At present they live in Nashville, Tennessee since 2002.

Who is Lisa Hartman Black?

She has attended Houston’s High School for the Performing Arts and did lots of local theatre work.

Lisa Hartman Black was the lead singer of a Houston rock band, called ‘Lisa Hartman and Four Grand’ that played at local Holiday Inns. Then, she appeared on the short-lived ‘Bewitched’ spin-off ‘Tabitha’.

She made her breakthrough after she made her appearance on the prime time drama ‘Knots Landing’ in 1982. She portrayed the role till 1986 when she was released due to low budget and her character was no further created in the show. After that, she appeared in the film ‘Where the Boys Are ‘84’.

Lisa recorded four solo albums-two for Kirshner Records, one for Atlantic Records, and one for RCA Records. She dang duet with her husband entitled ‘When I Said I Do’ which reached number 1 on the Billboard Hot Country Singles and Tracks charts on December 18, 1999.

As an actress plus singer, she has an estimated net worth of around $5 million earned from her professional career.