Lisa Haydon is an Indian-Australian actress, TV presenter, and model. She mainly appears in Hindi films. 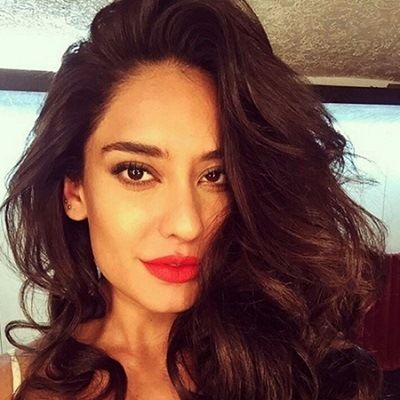 " Earlier I would just say yes if the initial vibe was good. That's not very logical because of everyone's super-nice at the first meeting. But now it comes down to the director, his honesty and integrity. The story or commercial viability of the script comes second

first, it's the director and his commitment."

"We watched a lot of old movies as a family.....my parents believed theirs was a simpler, cleaner and happier time, as all parents do. I'll probably show The Matrix to my kids, over and over again."

Lisa Haydon found her soul mate in Dino Lalvani. After dating for a few years, the couple married on 29th October 2016.

Lisa Haydon announced that she was expecting once again with a gorgeous picture of the family by the beach. Then in Feb 2020, she gave birth to her second son named Leo.

Who is Lisa Haydon?

Lisa Haydon is an Indian model, actress, and fashion designer. Lisa Haydon was awarded the Vogue Beauty Awards and Lions’ Gold Award. Currently, she is on the TV show, ‘The Trip‘ on Bindass Channel.

Lisa Haydon was born Elisabeth Maire Haydon on June 17, 1986, in Chennai, Tamil Nadu, India. She is a Gemini. Her father is Venkat and her mother, Anna Haydon, of Indian- Australian ethnicity.

She has three siblings, Malika Haydon, Amit Haydon, Julia Haydon. She was educated in India and Australia. Lisa wanted to be a yoga teacher but during her studies, her friends suggested she do modeling for part-time earning.

She is a trained Bharatnatyam dancer and has trained with Shiamak Davar for five years.

Lisa was spotted in 2009 by Anil Kapoor, who first noticed her and she was offered the role of Aarti Menon in the comedy-drama Aisha.

Lisa started modeling in Australia with her first assignment being for stretch mark cream.

This model walked on ramp for Wills Lifestyle India Fashion Week (WIFW) and HDIL-India Couture Week(HDIL-ICW). She did a commercial opposite, Hrithik Roshan. Even with the legendary photographer Peter Lindbergh, in 2010. Lisa modeled for Nirav Modi along with Rosie Huntington-Whiteley and Andreea Diaconu.

Lisa worked together with lifestyle brand Sher Singh now acquired by Myntra. This is the first time an Indian model and actor is designing her internationally, along the lines of celebrities.

Lisa appeared in the coming-of-age dramedy Queen alongside Kangana Ranaut in 2014. Lisa played Vijayalakshmi, Housefull 3 in 2016.

Haydon’s latest release was The Shaukeens, a remake of the 1982 film Shaukeen opposite Akshay Kumar, Anupam Kher, and Piyush Mishra. Lisa was also a part of Karan Johar’s film ‘Ae Dil Hai Mushkil’ in 2016.

Lisa appeared as the host and head judge of the first cycle of India’s Next Top Model on MTV India.

Lisa was awarded as The Best Model and stylish persona in Cosmopolitan Fun and Fearless Awards 2009. She received titles such as DNA in 2009 and Marie Claire’s best model in 2010.

She has an estimated net worth of around $1.5 million and her earning sources are modeling, judging. Her salary is not disclosed.

Also get to know more about Padma Lakshmi, Lopamudra Raut, and Harminder Kaur.