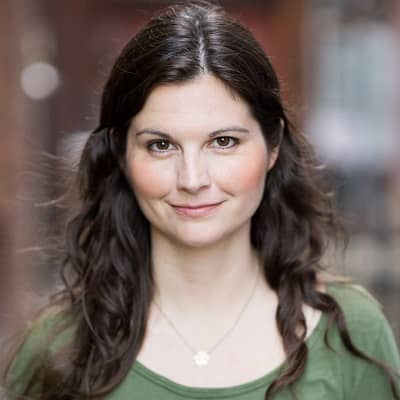 Lisa Jakub is married to her husband, Jeremy Jones.

There are not many details about their marriage. The couple married in 2005. Lisa retired from her acting career got married and then settle with her husband. The duo doesn’t have children yet.

Who is Lisa Jakub?

She is famous for portraying Lydia Hillard in the 1993 comedy-drama film. Mrs. Doubtfire and Alicia Casse in the 1996 film Independence Day.

Lisa was born on  December 27, 1978, in Toronto, Ontario, Canada. She is of mixed (Slovak, Welsh, and Scottish) descent.

Her parents were of mixed ethnicity. However, their names are unknown. Likely there is no information about her childhood and siblings also.

Likely, she finished her education at the University of Virginia graduating in the year, 2010.

Lisa debuted into acting from the role of Katis’ Granddaughter in the 1985 film Eleni. After it, she appeared in the comedy-drama film Mrs. Doubtfire in 1993.

And in 2001 Lisa revealed that she retire from acting. She moved to Virginia and get married and settle with her family.

Followingly, she also regularly contributes to online blogs. Lisa is a qualified Kripalu yoga teacher and has openly discussed her battles with anxiety, depression, and panic attacks.

Her writing has appeared in various magazines like Newsweek, Today.com, Huffington Post, Yoga Magazine, US Magazine, Elephant Journal, and many more.

The former actress has amassed a net worth of around $300 thousand.

Likely, her husband Jeremy has a net worth of at least $8 million.

The writer maintained a low profile life and doesn’t engage in any such works that cause rumors or controversy about her.

Similarly, she has a beautiful face with dark brown colored hair eyes. The actress has a body measurement of 34-25-34 in. She wears 2 US size of the dress.

And she joined Twitter in March 2013 and has around 13K followers now.