Lisa-Kainde Diaz is a French singer, songwriter, and musician. She is currently single. 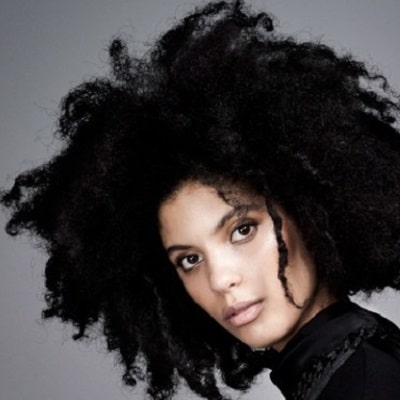 What is the relationship of Lisa-Kainde Diaz?

Lisa-Kainde Diaz is currently single. Also, she has not been linked with any other person.

She is currently focusing on her career rather than being in a relationship. Hope, she will soon find the perfect one.

Lisa-Kainde Diaz is a French singer, songwriter, and musician. She along with her twin sister Naomi Diaz, they form Ibeyi, a duo of Soul, R&B, downtempo, electronic, experimental, and trip-hop genre.

She was on born 13 December 1994 in Paris, France. Lisa was born to father Anga Díaz, a Grammy Award-winning Cuban percussionist and French-Venezuelan mother Maya Dagnino, a singer. He father died in 2009.

She has two siblings, twin sister Naomi Diaz and older sister Yanira Diaz, who died in 2013. The sisters lived in Havana for the first two years of their lives and moved to Paris where they were educated and raised. The Diaz twins play Yoruba folk songs.

Lisa holds French citizenship but her ethnicity is unknown.

The sisters formed a band Ibeyi when they were 19 years old. They were encouraged by their mother to write songs and also served as their manager. The sisters signed into the record label, XL Recordings in 2013.

Moreover, they have released more than 5 singles including Exhibit Diaz, Lost in My Mind including 2014 hit River. In addition, they opened Chanel’s cruise collection show in Havana.

The twin sisters have collaborated with Kamasi Washington, Mala Rodriguez, Beyonce in her visual album Lemonade.

It seems Lisa has not been awarded and nominated for her work till date. Hope, she will win in the future.

She must have accumulated a huge sum of money from her singing career however, she has not revealed her exact net worth, salary, and income.

Lisa does not like to harm other persons and has not been involved in any rumors and controversies in her personal and professional life.

Lisa-Kainde Diaz has green eyes and black hair. But, other information regarding her height, weight, body measurement, etc. are not available.

Lisa-Kainde Diaz and her twin sister has around 170k followers on Instagram and around 33k followers on Twitter, but she does not seem to be active on Facebook.