Lisa Kennedy Montgomery is a political commentator, radio personality, and former MTV VJ. Quit VJing after she was Voted Most Hated MTV VJ. Lisa is married and has two children.

Lisa Kennedy Montgomery is married to Dave Lee in May 2000. Her husband is a former professional snowboarder. 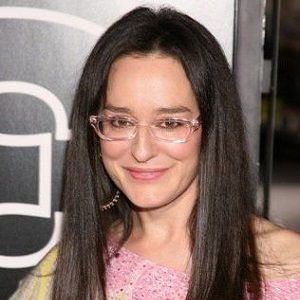 I think I was born that way. Or at least born into a set of circumstances and family members that naturally steered me toward a path of individualism and limited government. The news was always on very loud in my house and you could only get news a couple hours of the day

So I tried to listen to the terms which he found most interesting.

Who is Lisa Kennedy Montgomery?

She was the host of the show Alternative Nation and a frequent panelist of Fox’s Outnumbered.

She was born on September 8, 1972, in Indianapolis, Indiana, the U.S. of Romanian and Scottish ancestry.

She was raised in Lake Oswego, Oregon by her mother. There is no information about her father. Talking about her siblings, she has two brothers and no brothers.

She attended Lakeridge High School but she did not complete her graduation. From the University of California, Los Angeles she achieved her bachelor’s degree in Philosophy.

At first, she completed her internship at the radio station, KROQ-FM. Then she gave a start to her career being MTV as a VJ.

Then she worked as a host on the show called Alternative Nation. ‘Hey, Ladies! Tales and Tips for Curious Girls’ is the name of the book which is written by Lisa Montgomery in 1999.

Then she got a chance to be the host of the show KQBZ ‘The Buzz’. She left the job and started to work as a co-host with Ahmet Zappa on the show Comedy World Radio Network.

On the network, she co-hosted the show The Big House in Malibu. Being a multi-talented person Lisa had been part of many jobs, she was then part of the show Friend or Foe? as a host on 3rd June 2003.

As a guest, she hosted the show entitled WinTuition on GSN on 1st April 2003.

She was regarded as one of the most versatile hosts so she got a chance to host the show named ‘Who Wants to Be Governor of California’.

She joined the Fox business in 2012, where she got a chance to be a contributor.

At 8 pm from Monday to Thursday, she hosted a prime-time show. In Los Angeles, she guest-hosted a show called KFI AM 640.

Lisa is one of the contributors to Reason. tv as well as Reason.com. Due to the COVID-19 pandemic, Kennedy was placed on leave on March 13, 2020. The program returned on October 19, 2020, after a seven-month absence.

As of 2022, Fox News host, Lisa has a net worth of $4 million according to the sources. However, her salary is not revealed yet.

Registered Republican and Libertarian, Lisa Kennedy Montgomery describes herself as a ‘Republitarian’. She is a supporter of same-sex marriage also with privatized Social Security.

Despite being a fan of Richard Nixon, she supported Dan Quayle and Bob Dole.

She has a Pink Republican elephant tattooed on her thigh. She is active in the political field as well, she was also the speaker at the 1996 Republican National Convention.

At both the elections which were held in 2012 and 2016, she supported Gary Johnson.

There was the controversy that Lisa had a heated argument with Montel Williams on her show in 2015 when Montel Williams suggested registering gun owners in the aftermath of the San Bernardino massacre.

Lisa Kennedy Montgomery has a slim body shape. Her height is 5 feet 8 inches and she weighs around 59 kg. She is a brunette with light brown eyes.

Moreover, she has inked a pink elephant on her skin.