Lisa LaFlamme is an award-winning Chief News Anchor/Senior Editor of CTV National News. Lisa has a great relationship with her co-workers, which she shares on Twitter.

There was news regarding her relationship with Sean McCormick but later it came as false news. Sean is a television host. 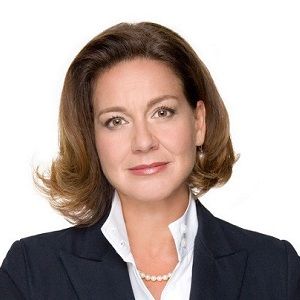 I left that country thinking perhaps a miracle could still happen, but obviously the cancer, which started out six months ago is now terminal cancer

This is just an indicator the dangers they are facing down here are not just related to the terrorists, but also to the conditions

He is just one of a million children there, and that is a boy who has put an Afghan face on Canada's mission in the country. I think it's important for people to realize that that's why the Canadian forces are there, to try to restore some of the things that take for granted in the western world

It's the first time they've seen this many soldiers on a foot patrol through those mountains.

Who is Lisa LaFlamme?

Prior to CTV, Lisa worked as the news international affairs correspondent and also served as the substitute host for CTV National News.

She has interviewed some the high-profile names such as Bill Clinton and Stephen Harper.

Lisa LaFlamme was born on July 25, 1964, in Kitchener, Canada. Her current age is 57. She is the daughter of Kathleen LaFlamme and David LaFlamme of Caucasian ethnicity.

She has three siblings sisters and grew up with them in Kitchener.

Talking about her education, Lisa joined St. Mary’s high school. After completing high school she enrolled at The University of Ottawa for her graduation.

Lisa started her career at CTV as a copywriter and script assistant. In 2003, she was involved in CTV News as a foreign correspondent and second choice anchor after Lloyd Robertson.

So far, Lisa has interviewed many notable names such as Prince Harry, Paul Martin, Boris Johnson, and much more.

Apart from that, she has also covered many big events which include the Beijing Olympics in 2008, the London Olympics in 2012, and the Diamond Jubilee of Queen Elizabeth II in 2012.

In addition, Lisa has also covered several battles and conflicts such as the September 11 attack, Iraq War, and the Afghanistan war from 2001.

Moreover, her marked appearances also include Arab spring in Cairo, Hurricane Katrina, the Haiti earthquake in 2010, the death of Pope John Paul, and the Pope Francis event in 2013.

Currently, she is the chief anchor and senior editor of CTV National News with Lisa LaFlamme.

In late June 2019, an announcement stated that Lisa LaFlamme was one of 83 Canadians named Officer of the Order of Canada (O.C.).

A news report in Canada stated that that honor recognized Lisa for her incredible contributions to journalism and news broadcasting and her support and promotion of human rights.

In addition, she also won the famous 1999 Galaxi Award from the Canadian Cable Television Association in March 2014.

Recently, she has also received an award for Best National News Anchor at the Canadian Screen Awards.

Lisa LaFlamme is a brunette with hazel eyes. Her height is 5 ft 4 inches and her weight is 54 kg.