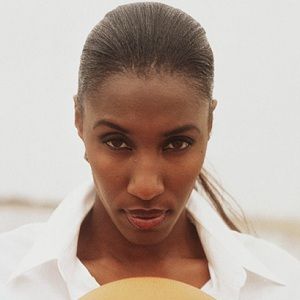 Everyone talks about age, but it's not about age. It's about work ethic. Winning never gets old

For me, being tall was very positive because I thought my mom was the most beautiful person ever

To feel the presence of the Lord is an amazing thing

Actually just recently I came up with that idea, watching the movie ’Legally Blonde’ and I was like, ’Cool, that’s something I want to do.’

Lisa Leslie is married to Michael J Lockwood. Michael is Boeing 767 Captain and a real state investor. They married on November 5, 2005, in Maui, Hawaii. This is the second marriage of Michael and has two daughters from his first marriage. The couple gave birth to a daughter, Lauren Jolie Lockwood in 2007 and a son in Michael J Lockwood II in 2010. The couple is happy to have with each other and live a happily married life.

Who is Lisa Leslie?

Lisa Deshaun Leslie is a professional basketball player from Gardena, California. She was with Los Angeles Sparks throughout her entire career. She played for nine seasons with the Sparks and retired in 2009. During her career at Sparks, her team won two WNBA championship and she was named WNBA All-Star eight times. She has won eight golds for the USA in basketball while she was still active in basketball. After retirement, she works as a sports analyst for ABC.

Lisa Deshaun Leslie was born on July 7, 1972, in Gardena, California. She is an Afro-American. Her father Walter Leslie was a semi-professional basketball player. Her mother Christine was four months pregnant with Lisa when Walter left the family. Lisa has two sisters Dionne and Tiffany. Their mother worked at the self-owned truck driving business to support the family needs.

Lisa studied at the Morningside High School where she learned to love basketball. Then she was with the University of  California where her basketball career began to blossom. She graduated in 1994 with a bachelor degree in communication. She joined the University of Phoenix from where she earned her master’s degree in business administration.

Lisa’s career at the WNBA started in 1997 with Los Angeles Sparks. The team won 2001 and 2002 WNBA Championship while with Lisa. In the second season with the Sparks Lisa became the first women to score 40,000 career point milestone. She resigned from the Sparks in 2009.

Lisa also played for the national team representing the USA. She brought home four golds from the women’s basketball Olympic. The American team won the Olympics gold in 1998, 2000, 2004 and 2008.

Lisa Leslie: Salary and Net Worth

The salary detail of Lisa Leslie is unknown. She has a net worth of six million dollars.

No rumors or controversy on Leslie is known to date.

Lisa is six feet and five inches tall. Her weight is 77 kilos. The color of her hair is black and her eye color is black as well. Other details on her body measurements are unknown.