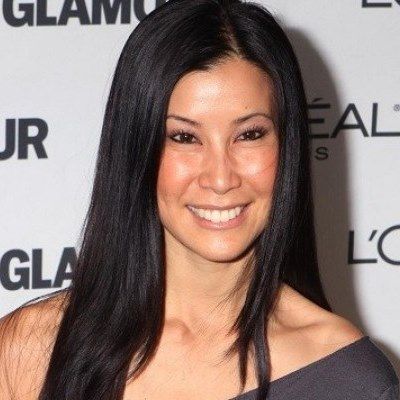 Our time on Earth is so random. Try to accomplish things you have always dreamt of while you can. I know it sounds cliché, but the biggest lesson I have learned is that life is precious

enjoy it while it lasts.

On being nervous as a co-host on The View (1997): Coming from an Asian culture, I was always taught to respect my elders, to be a better listener than a talker. But if I didn't think it was a challenge I wouldn't have done it.

I hope my desire to travel so much isn't forever because it's not the most conducive lifestyle for a relationship or a family by any means.

Lisa Ling is married to a radiation oncologist named Paul Song. They got married on May 26, 2007, in Los Angeles. There was huge speculation about when the parents will have their children.

Finally, in October 2012, she announced on Anderson Cooper’s talk show that she and her husband are expecting their first child. The couple has two children namely, Ray Ling Song, Jett Ling Song. The couple is living happily and there is no case or issue of their being separated at the moment.

Who is Lisa Ling?

Lisa is an American journalist and writer who is well known for her role as a host of the television program called Our America with Lisa Ling on OWN: The Oprah Winfrey Network. Besides that, she has also been the host for National Geographic Explorer, a reporter on Channel One News, former co-host of ABC’s the view program from 1999 till 2002.

Lisa Ling was born in Sacramento, California, the United States on August 30, 1973, and she is currently 45 years old. Her father’s name is Doug Ling and her mother’s name is Mary Ling. Unfortunately, her parents got divorced when she was seven and her sister was four years old.

She has a sister namely, Laura Ling. Lisa holds American citizenship, but her ethnicity is unknown. Her birth sign is Virgo.

Talking about Lisa’s education history, she has graduated from Del Campo High School and the University of Southern California.

Talking about her profession, Ling started in television when she was chosen as one of the four hosts of Scratch, a nationally syndicated teen magazine show based in Sacramento. Whereas, at the age of 18, she joined Channel One News as one of their youngest reporters and anchors. Among her roles was war correspondent, including assignments in Iraq and Afghanistan.

She also drew both fire and praise for her comments after the September 11, 2001 attacks, in which she said, “What happened to the United States was a catastrophic event and the worst terrorist attack in human history. Likewise, Ling accepted an offer to host National Geographic Ultimate Explorer.

Moreover, she was a correspondent that tracked excessive shark fishing in Costa Rica, elephant poaching in Chad, and gave people an inside look at the battle for the control over oil in Nigeria. In the year 2010 Ling co-founded the website SecretSocietyOfWomen.com, a forum for women where they can share their problems anonymously.

During 2011, her show Our America with Lisa Ling premiered on OWN: The Oprah Winfrey Network. Then, it ran for five straight seasons. In the year 2014, CNN announced that Ling will host a new documentary series, This is Life with Lisa Ling, to join its primetime lineup. The show premiered on September 28, 2014.

She won Best Episodic Series for Our America with Lisa Ling (2011) at International Documentary Association Award in 2015, she won Best Host of a Talk or Service Show for The View (1997) at OFTA Television Award in 2000 and 2001.

Lisa Ling has an estimated net worth of around $10 million and she has earned that sum of money from her professional career.

Lisa Kudrow’s 2010 College speech on handling failures goes viral! Know about her and her family’s migraine headaches and how they overcame them!

How is Ant McPartlin dealing with his substance abuse problem? The relentless help from his wife Lisa and best pal Dec and the overwhelming celebrity support! Click to know more!