Updated On January 29, 2023 | Published By: Chirlot Sharma
Share this
Single 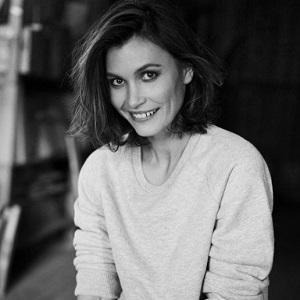 Who is Lisa Loven Kongsli married to?

Lisa Loven Kongsli is married to Joachim Bjorn Dahl. The pair tied the knot on June 24, 2019.

As they have kept their personal life private, the information regarding their children is not much known.

Who is Lisa Loven Kongsli?

Other than her date of birth, place of birth, and origin, the mainstream media knows nothing much information regarding the life of Kongsli.

This includes the info on the whereabouts of her parents, siblings, early childhood and teenage days, place of upbringing, etc.

Regarding her educational background, she has attended Lee Strasberg Theatre and Film Institute and Westerdals Oslo School of Arts, Communication, and Technology.

Lisa Loven Kongsli debuted as an actress in 2008 and has since then made several key roles in the Norwegian film industry.

Her debut work 305, was released in 2008. That same year, Kongsli also appeared in the movie Fatso as Martine.

The following year, she appeared in the movie The Angel as Jente på behandlingshjem, Kuerten as Filmstjernen Vivian Løkkeberg, and the TV movie Orkestergraven.

Kongsli played the role of Lone in ten of the episodes of the TV series Maria in 2010.

In 2014, Kongsli played in the short movie Sludd and the movie Force Majeure.

She was nominated in the Best Actress category at the 50th Guldbagge Awards, for her role as Ebba in Force Majeure.

The following year, she played in the TV series Occupied as Astrid Berg in six of its episodes.

In 2016, Kongsli played in the movie Løvekvinnen.

Next, she played the Amazon warrior Menalippe in the 2017 DCEU movie Wonder Woman, the role which she will reprise in Justice League.

The exact salary figure for Kongsli is unknown.

There are no significant rumors or controversies regarding Lisa in the mainstream media to date.

She has thus far, managed to keep her image clean in the eyes of the general public.

Her eye color is Hazel, and her hair color is brown.