Updated On January 26, 2023 | Published By: Natalie | In Career , Death , Relationship
Share this 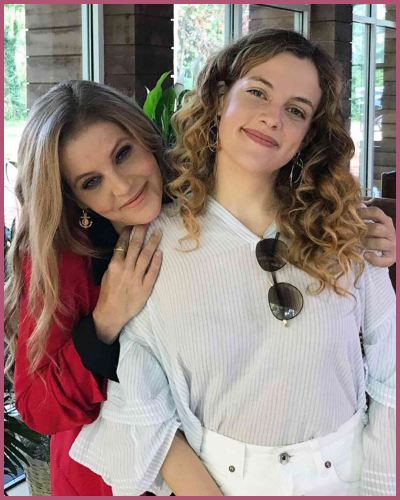 Riley Keough has had a hard life despite being born into luxury. source: Page Six

The unhappy life of Riley Keough behind the stardom

Riley Keough lost her dear mother Lisa Marie Presley after she unexpectedly died due to a cardiac arrest on January 12.

The actress, on Sunday, will be with her 14-year-old twin sisters and maternal grandmother Priscilla Presley for her late mother’s memorial service. The service will be held at her late grandfather Elvis Presley’s legendary Memphis estate.

This past year, the 33-year-old actress spent time promoting the successful movie Elvis by her mom’s side. The movie starring Austin Butler was directed by Baz Luhrman.

Just four days before Marie died, Riley spent some wonderful time with her at the Formosa Cafe in West Hollywood which happened to be Elvis’ 88th birthday.

The restaurant owner, Bobby Green told outlets how the mother-daughter duo looked happy and sat arm in arm in the late King of Rock and Roll’s favorite booth.

“They only time when they were separated was when Austin sat between them with his arm around both of them,”

“It was such a loving, family feeling, with Austin and Baz.”

“Hopes were super high for awards season coming up,”

After Lisa’s unexpected death, any big award nomination will be meaningless for Riley.

Lisa’s death comes just two and a half years after her son Benjamin‘s suicide. He was only 27 at the time.

Riley and Benjamin are the children of Lisa and her first husband Danny Keough. The siblings were extremely close and Ben’s death broke Riley.

The Zola actress paid a touching tribute to Ben by getting his name tattooed on her collarbone. She even trained to become a death doula hoping to provide comfort and support to dying people and their close ones.

Over the years, Riley has acted in many interesting projects like The Terminal List, The Girlfriend Experience, and Zola. Keough also co-directed War Pony which won the prestigious Camera d’Or.

She will also be seen in Amazon’s Daisy Jones & The Six as a young 70s musician.

During the incredibly tough time, Keough is receiving the support of her Australian stuntman Ben Smith-Peterson. They wed in Napa,  California in February 2015. The duo also celebrated their marriage in a Hindu ceremony in Nepal where they were building a school.

After Marie’s passing, her iconic estate Graceland in Memphis will go to her three daughters meaning Riley will receive one-third of the property purchased by Elvis Presley. Today, Graceland is worth more than a whopping $500 million.

It is the home where Lisa grew up and where her beloved dad died when she was just 9 years old. She will be buried next to her father and her dearest son.

Lisa’s mom, Priscilla confirmed the news of her only child’s death by releasing a statement that read,

“It is with a heavy heart that I must share the devastating news that my beautiful daughter Lisa Marie has left us.”

Brooke Shields Reveals in Her Documentary that She was Sexually Assaulted after Graduating College!
Tags : American Actress celebrity life Director 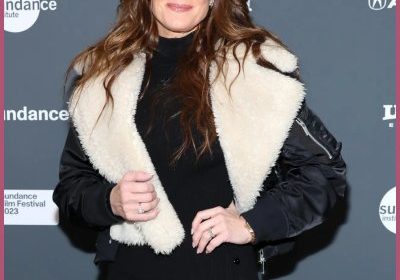