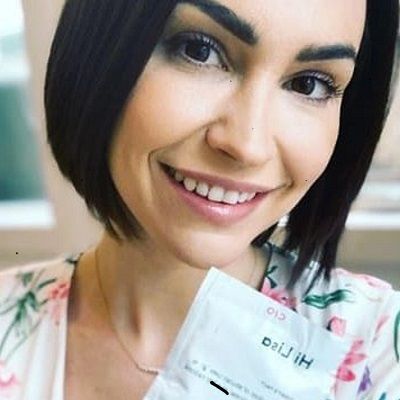 Lisa and Jack married on 7 October 2012 in Hawaii. They have three children together: Andy Rose Osbourne, Minnie Theodora Osbourne, and Pearl Osbourne.

Lisa divorced her husband of 6 years, Jack Osbourne, at the beginning of 2019 and she is awaiting joint custody along with spousal support from Jack.

Jack and Lisa announced they were separating after six years of marriage in May 2018, just months after they welcomed their third child.

Their divorce came as a surprise but as parents, they put on a united front.

Things, however, changed on Monday (July 30) when Osbourne allegedly got into an argument with Stelly and then attacked the supposed new man in Lisa’s life, Michael Gabel.

Lisa currently lives in Los Angeles, California.  As news would have it, Lisa expects spousal support, joint legal and physical custody of their three daughters after her divorce from Jack Osbourne.

Who is Lisa Marie Stelly Osbourne?

Lisa Marie Stelly Osbourne is an American actress, model  TV Personality, and an entrepreneur. As an actress, Lisa is known for movies like Green Day: 21st Century Breakdown, Passed Over, and Howard Stern on Demand.

Since her marriage to Jack Osbourne, Lisa is also known as Lisa Marie Osbourne.

Lisa was born as Lisa Marie Stelly on the 4th of March 1987 in Los Angeles, California, USA, and was also raised there.

She is Gen-Millenial, a Pisces, and is of Caucasian ethnicity. Details about her father and mother are not disclosed.

Lisa Marie was graduated from the University of Los Angeles, California, USA.

Since her marriage to Jack Osbourne, Lisa has come to be known as Lisa Marie Stelly Osbourne. She became the daughter-in-law of famous Anglo-American heavy metal singer Ozzy Osbourne, and renowned Anglo-American TV personality Sharon Osbourne.

The Osbournes had a reality show on MTV’s reality series and called “The Osbournes”. This reality show depicted the daily ups and downs in the rich and fabulous Osbourne family. And Lisa’s husband Jack Osbourne also had a part from 2002 to 2005 in the series.

Then in June 2012, Jack announced that he had been diagnosed with relapsing-remitting multiple sclerosis. Stelly and Jack had been dating for some time, now they finally married on October 7, 2012, in Hawaii.

There was a sad first-development in their fabulous married life. In August 2013, Lisa suffered a miscarriage while expecting her second child, a boy who would have been named Theo.

However, they had three beautiful daughters to complement their marriage- Pearl Clementine, Andy Rose, Minnie Theodora. And whom Lisa’s mother-in-law, the beautiful Sharon calls “my baby-buttons”.

The out of the blue, the couple announced their separation on 18 May 2018, and on 5th March 2019, their divorce was finalized.

She began her career as a model. Then when she made an appearance in rock-band Green Day’s music video for the track “21 Weapons”, her career took off.

An entrepreneur at heart, in 2013, Lisa started her website, RaddestMom.com. Her website was ranked as high as 287 999 in the world.