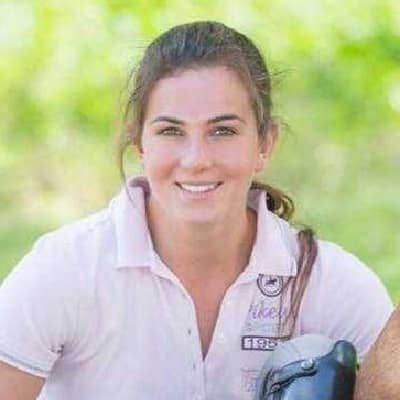 What is the relationship of Lisa Muller?

Lisa is happily married to her long time boyfriend, Thomas Muller. He is a professional German Football player.

The couple knew each other from their college days and were together. They met each other in 2007. Likely, Thomas proposed to Lisa on December 24 on Christmas Eve. And they tied the knot in December 2009 after being engaged for two years, in a big wedding ceremony along with their friends and family.

Though being together for a long time, the couple doesn’t have children. They must be planning to extend their family in the upcoming years.

Who is Lisa Muller?

Lisa Muller is a professional model and an equestrian (professional horse rider) and trainer.

Muller is also a social media personality and has good followers on her Instagram account. She came into the limelight after her relationship with the football player, Thomas Muller.

Lisa was born on November 23, 1989, in Weinheim in Oberbayern, West Germany as Lisa Trede. She holds German nationality and is of Germans ancestry.

She completed her schooling in her hometown at a local high school, Her husband Thomas Muller and she attended the same college.

Lisa is a professional horse rider. She is also its trainer and provides training to others. She owns her own stables and works on the farm with her horses. The rider is supported by PIKEUR Reitmoden GmbH& Co.KG, and Roeckl Equestrian. Her horse’s name is Dave who also provides plenty of amusement and calm for them. She loves spending time with her horse. Thomas also accompanied her during her horse exhibitions.

Lisa has various posts on her Instagram with her horses too. She has also done modeling before at the start of her career.

Moving forward the rider came to the limelight after her relationship with her husband, Thomas Muller. He is a professional German football player. Lisa usually comes to watch and support her husband’s games. The couple also makes a public appearance together at various events and programs.

Furthermore, after earning stardom, Lisa has also become a popular Instagram star. She has amassed around 183K followers on her official account.

Lisa must acquire some of the fortunes from her career. Yet its details are under review.

In the same way, her husband Thomas has a net worth of around $50 million as of 2020 after his new contract with Bayern Munich worth $48 million. He also owns various luxurious cars including Mercedes, Audi Q3, and Audi, and has his own yacht and personal jet.

She resides with her husband in AD Classics wall house which cost around $10 Million.

The star has managed to keep their distance from appearing in any rumors or controversies.

Lisa stands tall at a height of 1.75 m (5 ft 9 in). Similarly, she has a beautiful face with light brown colored hair and grey-colored eyes.