Lisa Niemi is an American writer, actress, director, and dancer. She wrote, directed, and starred in the movie 'One Last Dance'. She is married to Albert DePrisco.

Lisa Swayze is a married woman. She is married to Albert DePrisco. He is a jeweler. Their engagement was announced on December 28, 2013. They exchanged wedding vows on May 25, 2014.

Swayze, however, is famous for her first marriage. She launched into fame because of her relationship and subsequent marriage with the handsome and talented actor, Patrick Swayze. He was an American actor, dancer, singer, and songwriter. They got married on June 12, 1975, and their marriage went strong for more than three decades. Prior to their marriage, they were in a relationship for 4 years. Although they didn’t have any kids in the long time they were married, they had a pretty stable and loving married life.

The marriage was ended only by the sad passing away of Patrick due to pancreatic cancer in 2009. Their marriage lasted for a total of 34 years and is an example that Hollywood celebrities can also live long and a happy married life.

Lisa Niemi remarried a jeweler, Albert DePrisco in 2015 after dating him for two years. 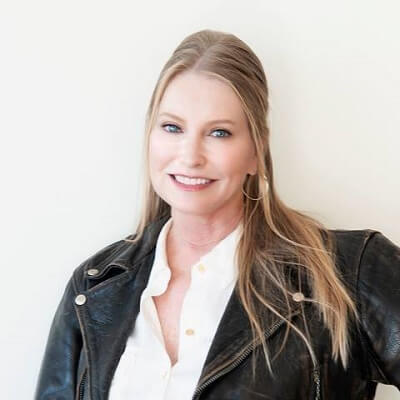 Who is Lisa Niemi?

Lisa Niemi is an American writer, actress, director, and dancer. She wrote, directed, and starred in the movie ‘One Last Dance’. Moreover, she is also famous for being talented in the different fields of acting, writing, directing as well as dancing.

Lisa Niemi was born in Houston, Texas on May 26, 1956, and as of 2020, her age is 64. She was born to parents Edmond (father) and Karin Happaniemi (mother). She was born as the only daughter among her other 5 siblings. Her father was the then Director of Water Safety Services at the Red Cross whereas her mother was a registered nurse.

Even as a child she liked acting and so enrolled in Alley Theater in Houston when she was only 10 years old.She is of Finnish ancestry.

Talking about her educational background, Lisa graduated from Houston Ballet Dance Company in 1974, where she majored in dance.

After her graduation, she moved to New York where she began training as a ballet dancer and also performed as a guest dancer. The next year, in 1975, she married a popular Hollywood actor and dancer, Patrick Swayze whom, she had been dating since her teenage years.

She then resumed acting after moving to LA with her husband. Not only did she co-star in a number of films such as One Last Dance, Next of Kin, Letters from a Killer, etc but she also contributed a lot as a scriptwriter, filmmaker, and director. Other than that she also had roles in a few TV shows and performed in Broadway where she was praised by the critics and adored by the audience.

As a writer, Lisa co-authored a memoir with her husband. This memoir The Time of My Life garnered a lot of attention and went on to become a global bestseller. She also released another memoir titled Worth Fighting For in 2012 which managed to be a national best selling memoir.

Lisa Niemi, as an actress, writer, director as well as a dancer has made a considerable amount of money throughout her life and the fortune made by Patrick Swayze was also left to her. As of 2022, her net worth stands is estimated at around $40 million.

Details on her income are not available, however, on average, a filmmaker earns around $54k per year on average.

In 1985, Lisa began living on a 5-acre homestead near the Angeles National Forest. Moreover, she also had a 20,000-acre ranch in New Mexico.

There haven’t been many controversies surrounding Niemi.

There are however a few rumors that made their way into the media in the late 2000s and in the 2010s. Although these are all baseless claims, there were rumors that Lisa abused Patrick late in his life and that she cheated on him. These rumors don’t have much evidence behind them and weren’t too popular.

Lisa stands at a height of 5 feet 4 inches and weighs around 65 kg. She has blonde hair and blue eyes. She has not revealed her body measurements for breasts, waist, and hips.

Tags : American actress and writer One Last Dance The Time of My Life