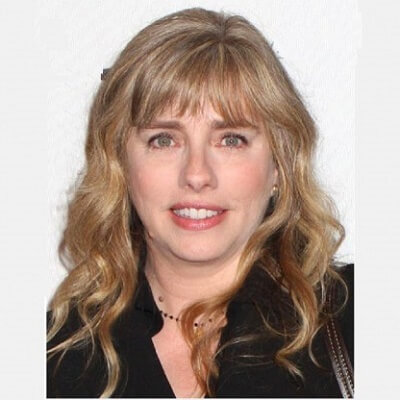 Lisa Roberts Gillan is a married woman. She is married to Tony Gillan. Her husband, Tony is an American actor best known for ‘Path to Paradise: The Untold Story of the World Trade Center Bombing’, ‘Law & Order’, and ‘Ten Benny’.

The couple exchanged wedding vows in 1997. They have kept their relationship very private and away from the public eye.

Who is Lisa Roberts Gillan?

Lisa Roberts Gillan is an American actress. She is the sister of Academy award-winning actress, Julia Roberts and is well-known for appearing in the movies, ‘I Love Trouble,’ ‘Runaway Bride,’ and ‘Maid in Manhattan.

Lisa Roberts Gillan was born as Lisa Roberts in Decatur, Georgia, on January 1, 1965. As of 2020, her age is 55. She was born to parents Walter Grady Roberts (father) and Betty Lou Bredemus (mother). Both of them were former actors and playwrights. Her father later became a vacuum cleaner salesman and her mother became a real estate agent and church secretary. They divorced in 1972 when she was just 7 years old. She is the middle of three children of her parents. She has an older brother named Eric Roberts, and a younger sister, Julia Roberts.

Following their parents’ divorce, Eric lived with her father while she and her sister lived with her mother. Her mother got married to an abusive husband named Michael Motes and later got divorced. Her father got married to Eileen Sellers who died in an accident in 1977, which put him into depression. Later, he was diagnosed with throat cancer and died when she was just twelve years old. On February 19, 2015, her mother died of lung cancer.

Both of her siblings are successful actors. Eric is an Academy Award nominee for his role in Runaway Train in addition to being a three-time Golden Globe nominee for Star 80, Runaway Train, and King of the Gypsies. Lisa’s sister, Julia is one of the most popular actresses of all time in Hollywood with three Golden Globe Awards and an Academy Award to her name. Her movies have grossed over $2.8 billion.

Her ethnicity is English, Scottish, Irish, Welsh, German, and Swedish.

Even though Lisa is best known as the sister of Julia Roberts, she has several acting credits in movies and TV shows. Her debut on television came as a questioner in 1988 in the TV film, ‘To Heal a Nation. Several years later, she made her feature film debut in 1994 in ‘I Love Trouble’, in which her sister was the lead actress. Since then, she has made appearances in several movies and TV shows.

After her film debut in 1994’s Love Trouble, the following year, she appeared in ‘Something to Talk About’ , and ‘The Journey of August King’. In 1999, she had a role in ‘Runaway Bride’.

In the 2000s, she appeared in four movies, ‘Maid in Manhattan’, ‘Mona Lisa Smile’, and ‘Raising Helen’, and ‘Duplicity’. She started the 2010s with two movies, ‘Valentine’s Day, and ‘Eat Pray Love’. Her recent movie credits include ‘No Letting Go’ (2015) and ‘Mother’s Day (2016). In many of the films she has appeared in, Julia has starred in the leading role.

She has also appeared in a number of TV shows including ‘Law & Order’, ‘Friends’, ‘100 Centre Street’, ‘Queens Supreme’, and ‘Sex and the City.

How much is Lisa Roberts Gillan worth?

Lisa stands at a height of around 5 feet 3 inches. She weighs around 70 kg. Her hair color is blonde and she has a pair of beautiful blue eyes.

Lisa has not been involved in any controversies. She has been able to keep herself away from any type of controversy and scandal. So far, she has not done anything controversial in her career.

Gillan is not active on social media sites.

You may also like to read the Bio, Career, Body Measurements, Net Worth, Social Media, Relationships, and more about Anna Shaffer, Eric Roberts, Julia Roberts, etc.