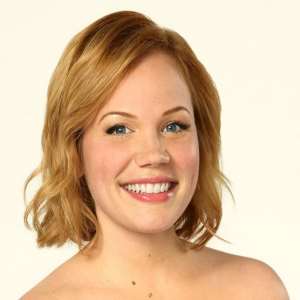 "Sardonic humor is just my way of relating to the world."

"Wearing a turtleneck is like being strangled by a really weak guy all day."

Lisa Schwartz was in a relationship with Shane Dawson has admitted that Lisa was his first kiss and his first s*xual experience, stating that they had a good thing going on. They were also living together for a while. As Lisa was older and looking to settle down in the future, they both realized that they shared fewer things in common.

So they pulled the plug on their relationship in May 2015 and on July 7, 2015, Shane made a coming out YouTube video where he announced that he was bisexual. Although it was assumed that this revelation was the reason for their split, Shane has mentioned that they just stopped clicking together. Lisa and Shane have remained friends with her supporting his life choices.

Moreover, Lisa and film music composer Mark Yaeger began dating in June 2016. He was a constant feature on her Instagram feed wherein, they were often pictured traveling together. Not much is known about their dating life and their last picture together on Instagram was in January 2018.

Who is Lisa Schwartz?

Lisa is an American YouTube personality and actress. Her YouTube channel, Lisbug, has over 2 million subscribers. Schwartz starred in Not Cool (2014), the TV film My Profile Story (2012), and the ABC digital series This Isn’t Working (2016).

Besides that, in animation, she provides the voice of Talking Angela in the Talking Tom and Friends web series which has been broadcast on television in various countries outside the United States and has currently begun its third season as of May 2018.

Lisa Schwartz was born in Tarzana, California, the United States on April 4, 1983, and she is currently 36 years old. Her father’s name is Glen Howard Schwartz and her mother’s name is Jennifer Lynn Schwartz. There is no much information about her family and her childhood.

Talking about Lisa’s education history, there is no information about her educational achievements.

Talking about her profession, she has starred in a central role in a lot of films as well as a TV project. From there she went on to doing voice acting and ultimately stepped into the hugely competitive arena of digital media. Her channel is one of the most popular comedy destinations in YouTube and she is one of the few female comedians who have been successful in grabbing and retaining the attention of the viewers for more than a few seconds.

Lisa’s journey to comedic fame wasn’t exactly planned. She started out like any other average American kid. The point that set her apart from her peers is her growing interest in theatre acting which stemmed from the children’s play Peter Pan. She participated in all the plays and dance performances in school and put her heart and soul into each one of the characters she played.

Lisa Schwartz started her YouTube channel, lisbug, in 2007 but uploaded videos sparingly. Whereas from July 2009 onwards, she started to put more efforts into her YouTube channel and its subscriber count started rising. The content she posts on her channel is mainly vlogs, comedy videos, skits, sketches, and some girly gaming as well. If one has to describe them in a single word, then it would be random, as she has tried creating videos on a wide range of topics, from current sensational news to theme parks.

She has also done quite a few parodies of popular songs in collaboration with other popular YouTubers. Currently, the number of subscribers on her channel stands at over 2 million with more than 370 million in total views. She made her foray into on-screen acting with several projects with online entertainment platforms like Seventeen and Yahoo. She has also appeared in several comedy specials under Disney’s Maker Studio banner.

During 2014, Lisa appeared in her first movie titled ‘Not Cool’ directed by Shane Dawson. She has also lent her voice for the character of Talking Angela in the animated series ‘Talking Tom and Friends’. Likewise, in 2015, she collaborated with Disney’s Maker Studios and New Form Productions to co-create and act in the original series ‘Party Girl’. Since late 2016, she is associated with ABC Digital’s original show ‘This isn’t working’ as both writer and actor.

She was nominated for Best Ensemble Cast for MyMusic (2012) at Streamy Award. Unfortunately, she has not won any of the awards yet.

Lisa Schwartz has a height of 5 feet 5 inches. Additionally, she weighs is 57Kg. Lisa’s hair color is dark brown and her eye color is blue.

Also, read the affair, salary, the net worth, controversy, and the bio of Kyle David Hall, BryanStars, QPark