Lisa Stothard is currently in a lovable marital relationship. She met her future husband, Daniel Bernhardt (actor) during the filming of Bloodsport: The Dark Kumite in 1999.

This couple soon fell in love and then in the year 2000, they exchanged vows. However, the wedding details are hidden from the public.

In 2003, Lisa and Daniel welcomed their first child. They named their daughter Bella Bernhardt.

Previously, she was having affair with Kiefer Sutherland in 1992 and Nicolas Cage in 1990. 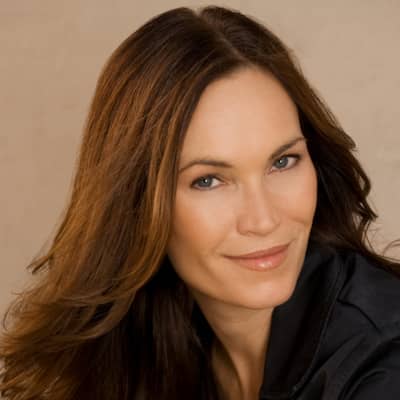 Who is Lisa Stothard?

She was born on 14 Dec 1962 in Wisconsin, US. The name of her father is unknown and her mother’s name is Arlene Wilson.

Talking about her academics, she attended Wauwatosa West High School.

Lisa Stothard as an actress was seen in Italian Fast Food in 1986. She then played the character of Irina in Yuppies 2, Lisa in Gia, Hitria in The Adventures of Sinbad, Eileen in Nature Unleashed: Tornado, and more.

She is also a model and was associated with Arlene Wilson Management. She mostly did modeling in different parts of Europe.

Lisa in the year 2007, produced a short video titled Fetch.

As of 2022, her net worth is around $500k which is estimated. However, her salary and other earnings are unknown.

This star actress is keeping herself away from rumors and also not surrounded by any desperate scandals.

But in 2014, Lisa got severely injured when a skater hit her. She and her family were attending a child’s birthday party in Jan 2014, when a teen skater hit her.

As per the reports, the boy came with an enormous speed and her ankle was dislocated plus her leg was also broken. Then in April 2014, she and her spouse filed a case for $2M against Santa Monica.

They said, employees of ICE saw the whole thing but did not take any action. Lisa used a wheelchair and also had flashbacks, recurring nightmares, and loss of consortium.

Regarding Lisa Stothard’s body features, her height is 5 ft 10 inches and her body weight is normal. Moreover, her eyes are blue and she has light brown hair.