Renowned as the better half of the celebrity chef, Buddy Valastro. 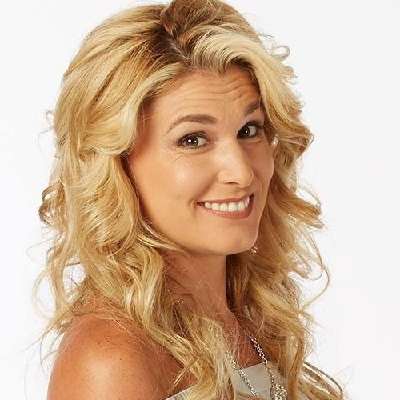 Who is Lisa Valastro?

Lisa Valastro is a TV personality. She is renowned as the better half of the celebrity chef, Buddy Valastro.

Lisa Valastro was born on 9th March 1980 in the United States. Her birth name is Elisabetta Valastro-Belgiovine. She is of British-Irish ethnicity.

She is the daughter of Gloria Tammacco (mother) and Mauro Belgiovine (father). Her parents are originally from Molfetta, Puglia, Italy.

She has a brother, Maurizio Belgiovine. Maurizio is a graduate of Rutgers Business School. Details on her academics are not available.

There is very little fact known about her professional career. However, she used to work for a biotechnology company, LifeBankUSA.

Besides that, she is also active in doing charity events too. She and her husband hosted the fundraiser program for the Children’s Hospital of San Antonio.

Talking about net worth, her husband, Buddy Valastro has an estimated net worth of $10 million. His net worth is attributed to his career as a celebrity chef, entrepreneur, and television personality.

Lisa Valastro has brown eyes with blonde hair. She has a decent height and an average weight. Details on her body stats are not available.

To date, she has not been through any sort of controversy and scandals that created headlines in the media. Besides that, she has managed to maintain distance from any type of rumors.