Lisa Vanderpump is famous for her roles on Bravo's The Real Housewives of Beverly Hills, Vanderpump Rules, and ABC's Dancing with the Stars.

Lisa Vanderpump, a British actress is a married woman. She tied the knot with her boyfriend after dating him for a couple of weeks only.

On 28 August 1982, Lisa and Ken Todd exchanged their vows. Since their marriage, they have maintained a sound relation between them. She also gave birth to two children Max Todd and Pandora Todd.

Furthermore, Lisa and Ken also shared some beautiful time together and also spotted in the public and media. Currently, Lisa and Ken are enjoying their married life and living elegantly. 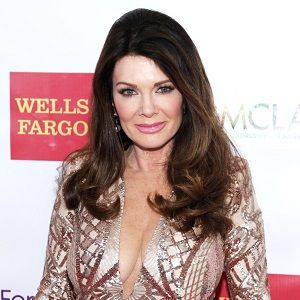 Who is Lisa Vanderpump?

Lisa Vanderpump is a British actress, author, and restaurateur.

She is famous for her roles on Bravo’s The Real Housewives of Beverly Hills, Vanderpump Rules, and ABC’s Dancing with the Stars.

Currently, Lisa along with her husband Ken Todd have owned more than 26 restaurants.

Furthermore, she has also published a book named Simply Divine: A Guide to Easy, Elegant, and Affordable Entertaining.

Lisa was born on September 15, 1960, in London, United Kingdom. Moving towards her nationality, she is British and her ethnicity is English and German.

Lisa began her career as an actress. As a child, she developed her interest in acting and also appeared in various films. In 1973, she made her film debut in the drama A Touch of Class followed by Killer’s Moon in 1978.

Furthermore, she has also starred in a couple of movies such as Leap in the Dark, Something in Disguise, Baywatch Nights, and a few more. Back in 2014, she featured in the Lady Gaga music video for “G.U.Y.”

In addition, she also starred in the famous Bravo’s The Real Housewives of Beverly Hills in 2010. Since then, she has been appearing regularly on the series. In the same year, Lisa also appeared in Top Chef: Just Desserts.

It has been almost five years since she has been appearing in a spin-off of the program, Vanderpump Rules. Additionally, the popular actress has also acted in Almost Royal and Kitten Bowl.

Currently, Lisa along with her husband Ken Todd have owned more than 26 restaurants. They also have two new restaurants in California. She designed 26 the London-based bars and restaurants in London and Los Angeles.

Furthermore, she is famous as one of the most successful restaurateurs. Apart from that, she has also published a book named Simply Divine: A Guide to Easy, Elegant, and Affordable Entertaining.

Being a successful restaurateur and actress, she earns a massive amount of money from her profession. Currently, she has a net worth of $75 million.

As of now, Lisa has not won any awards. Although, she has been doing a great job in her field and she is widely popular around the Globe.

However, she once came into the headline after she supported her husband saying that her husband Ken Todd had not accused a female.

Moreover, she has a pair of gorgeous greenish-blue eyes and brown hair.