Lisa Vultaggio is a Canadian actress who is not active at present. She is married and a mother of three kids.

Lisa Vultaggio at present is in a married relationship. She exchanged vows with Jonathan Jackson on 21 June 2002.

Her husband is an actor/musician but their wedding details are unknown. From their union, they are blessed with three children.

They first welcomed a son Caleb in June 2003 and then a daughter Adora Jackson who is born in 2005. After five years, their third kid, Titus Gabriel Jackson was born. 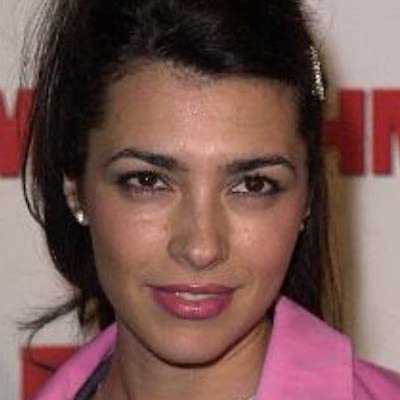 Who is Lisa Vultaggio?

Lisa Vultaggio is a Canadian actress who is not active at present. She is mostly known for appearing in General Hospital (1963), The X Files (1993), Highlander (1992), etc.

Her final performance was in the TV series General Hospital as Hannah Scott from 1999 till 2001.

Her birthdate is 20 Jan 1973 and the place she was born in Vancouver, British Columbia, Canada. The name of her mother plus her father is behind the curtain.

Similarly, Lisa’s ancestry is Italian and as per her academics, she attended Killarney Secondary School.

Then she went to Breck Academy to train in acting.

Lisa Vultaggio as an actress was seen in several screen appearances. She started from a TV show titled Street Justice as Cristina Valens in 1991.

Then she was seen in Two TV movies Mortal Sins (1992) and A Killer Among Friends (1992). Lisa appeared in two episodes of Highlander, Lonesome Dove: The Outlaw Years, and Madison.

Some of her other briefly acting projects are,

According to the sources of 2022, she has a net worth of around $500k (estimated). The yearly salary received by her is not recorded.

On the other hand, her better half, Jonathan has assets worth $3 million.

This talented actress of General Hospital is keeping herself away from rumors and desperate scandals.

But when she married her 20 years old husband, the public it was too soon for him to get married.

Lisa Vultaggio’s height and body weight are of average shape. Furthermore, she has dark brown eyes and has black hair.