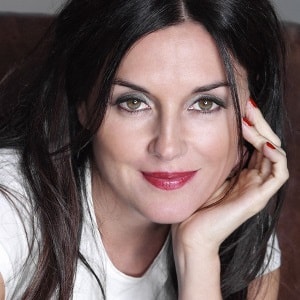 Lisa Zane is currently single. Previously, she was in a relationship with Heath Ledger from 1997 to 1998. After that, she has not been linked with any other person. She is focusing on her career and she might be looking for the perfect match.

Who is Lisa Zane?

Lisa Zane is an American actress, singer, and songwriter, who is best known for her performances in ‘Freddy’s Dead: The Final Nightmare’ in 1991, ‘The Nurse’ in 1997 and ‘Coriolanus’ in 2011.

She was born on April 5, 1961, in Chicago, Illinois, USA. Her birth name is Elizabeth Frances Zane and she is currently 58 years old. Her father’s name is William George Zane, Sr. and her mother’s name is Thalia.

Liza’s parents are founders of a medical technical school. Her family’s surname was ‘Zanetakos’ and later it was anglicized to ‘Zane’ by her parents and both of them are of Greek descents. She has a brother named Billy Zane(actor). Also, she is ex-sister-in-law of Lisa Collins. She speaks Greek fluently.

Lisa holds American citizenship and her ethnicity is Greek.

Talking about her education history, she studied drama at Vassar College in Poughkeepsie, New York.

She debuted her film career from the role of M.A. in the movie ‘Heart of Dixie’ in 1989 and made her appearance in ‘Gross Anatomy’ in the same year. Later, she appeared in ‘Bad Influence’, ‘Freddy’s Dead: The Final Nightmare’, ‘and ‘Cruel but Necessary’.

Lisa made her stage role debut in David Mamet’s adaptation of ‘The Cherry Orchard’ at the Goodman Theatre. She made her guest appearances on TV shows including ‘Lifestories: Families in Crisis’, ‘Thye Outer limits’, ‘Judging Amy’, ‘The Division’.

Similarly, she is also a well-established singer and songwriter. Lisa is recognized as one of the new songwriters of the year in 2006 for the Songwriters Hall of Fame.

Recently, she appeared as Judge Fotis in the series ‘Chicago Justice’ in 2017, and as Ricki’s Mom in ‘Game Day’.

She must have earned a huge sum of money from her career however, she has not revealed her net worth, salary, and income.

Lisa has light brown eyes and black hair. But, other information regarding her height, weight, body measurement, etc. are unknown.