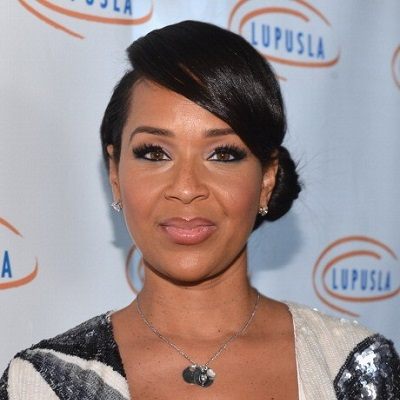 What is the relationship of LisaRaye McCoy?

LisaRaye McCoy’s current relationship status is possibly single. Previously, she was married to Michael Misick. He is a former chief minister of Turks and Caicos Island.

On the 8th of April 2006, she married him in a lavish wedding ceremony. The wedding was attended by 300 guests. Following the wedding, they went on a three-week honeymoon to Jerusalem, Bali, and Dubai.

However, the fairy tale came to its end when Misick was caught up in the controversies including corruption and rape allegations. In 2008, the couple got separated from each other via divorce.

Before that, McCoy was married to the football player, Tony Martin. They got married on the 23rd of September 1992. The former couple got divorced from each other after two years in 1994.

Prior to that, she was in a relationship with Kenji Pace. From the relationship, she has a daughter, Kai Morae Pace (Born: 5th of December 1989)

Who is LisaRaye McCoy?

Last, in 2020, she appeared in the TV series, A House Divided as Alexis. Currently, she is the global ambassador of The Susan G. Komen Breast Cancer Foundation.

LisaRaye McCoy was born on the 23rd of September 1967 in Chicago, Illinois to a business class family. She is of Irish ethnicity.

Her father, Lt. David Ray McCoy was a multi-millionaire businessman. He used to own several hotels and nightclubs. In 1988, David was brutally killed in his car South Side Alley. Still, the murder mystery has not been solved against his so-called girlfriend, Sheila Daniels.

LisaRaye’s mother, Katie McCoy used to be a professional model. She has an elder step-sister, Shawntae Harris (aka. Da Brat) from his father’s side. Shawntae is a rapper and actress by profession.

Talking about her educational background, she is an alumna of Eastern Illinois University. Before that, in 1986, she graduated from Thornrigde High School.

Prior to that, she was enrolled in St. James College Prep and Kenwood Academy in the Southern part of Chicago.

After university, LisaRaye McCoy started her career as an actress. In 1996, she made her debut with the movie, Reasons. In the movie, she appeared in a lead character as Lisa Ray McCoy. Later, in 1998, she appeared in the comedy-drama, The Players Club as Diamond. The character, Diamond became her starting milestone in her career.

Following the success of the movie, she featured the movies like Civil Brand, Ganges of Roses, and Beauty Shop. Also, she is popular in her TV series, All of Us.

She was cast in the series in 2003 and appeared till 2007 as Neesee James. Some of her other TV series include Single Ladies, Face Value, and Truth to Power.

In 2007, she expanded her career as a model. As a model, she appeared in numerous high schools and churches show. Also, she featured the various music videos; Same Tempo, Last Chance, Truc Love, Roll Call, and many more.

Besides that, she is faced with various ad campaigns of the TCI Board of Tourism.

Apart from being a model and actress, she is also a businesswoman too. In 2005, she launched her two fashion lines; Luxe & Romance and Xraye. Luxe & Romance is a lingerie brand whereas Xraye is a jeans line, especially for women.

In the summer of 2011, she launched her jean collection with the name The LisaRaye Collection. Also, she has her own hairline with the name, LisaRaye Glamour.

Apart from that, her business ventures are also a primary source of her income too.

LisaRaye McCoy has brown eyes with black hair. Her height is 5 feet 6 inches and weighs around 54 kg. Also, her body stats are 34-24-36 inches.

On multiple occasions, she claimed herself as the Queen’s mother of Ghana. However, the citizen of Ghana has always denied her claims. Also, the nation doesn’t have any monarchy.

However, the national has multiple ethnic groups with having their own chieftaincy systems. From one of the small villages, Agona Kwanyako, McCoy was given an honorary and ceremonial title as development chief.

You may also read the bio of Emma Davies, Drena De Niro, and Scottie Thompson.