Updated On January 19, 2023 | Published By: Meredith Nardino
Share this
Single 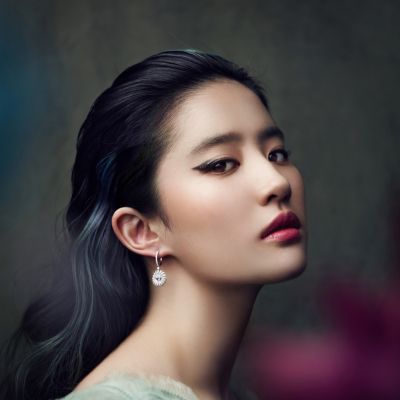 The marvelous Chinese actress Crystal Liu is currently single as per the sources.  As per the current reports, she is unmarried and single.

However, she was previously in a relationship with a Korean actor and model Song Seoun Heon. They started dating each other in 2015 but unfortunately, they could not make their love life into marriage and announced their breakup in the year 2018.

Who is Liu Yifei?

Crystal Liu is a Chinese-American actress singer and model. She is better known by her stage name Liu Yifei. She is widely known as “Fairy Sister” in China.

Similarly, she has also appeared multiple times on Forbes’ China Celebrity 100 list.  In 2009, she was named one of the New Four Dan actresses of China.

Zhao was born on August 25, 1987, in Wuhan, China, and her current age is 35 as of 2022. She belongs to the American, and Chinese nationality and follows the Buddhism religion. According to the astrologers, her zodiac sign is Virgo.

Talking about her family, Her father’s name is An Shaokang. He is a professor. Her mother’s name is Liu Xiaoli. She is a dance entertainer. However, her parents are not together now, they could not make their relationship and got divorced.

The actress went to Louis Pasteur Middle School in New York and later, she joined the Performance Institute of Bejing Film Academy and graduated from there in 2006.

Yifei started her acting career in the TV series ‘The Story of a Noble Family’ in 2003. After that, she appeared in the series ‘Demi-Gods’ and ‘Semi Devils’.

Similarly, she has appeared in many series and movies such as “Love of May”, “The Love Winner”, “Chinese Paladin” “Doukou Nianhua”, “And the Return of the Condor Heroes”, “The Forbidden Kingdom” (2008), “Love in Disguise”, “Chinese Fairy Tale”, “White Vengeance” (2011).

Moreover, She also released her albums ‘Liu Yifei’, ‘All My Words’, and ‘Mayonaka no door’ in the year 2005. She portrayed the role of Lingju Diaochan in the film ‘The Assassins and Wu Qing in the film ‘The Four’. Again, in 2013, and 2014 she worked in the sequels of “The Four”, “The Four II” and “The Four III” respectively.

After this, the actress acted in the flicks Outcast’ and ‘The Third Way of Love’. In 2016, she performed as Elsa in ‘Night Peacock’ and as Ying in ‘So Young 2: Never Gone’. A year later, Yifei was offered the films ‘The Chinese Widow’, ‘Once Upon a Time’ and ‘Hanson and the Beast’.In 2020, Yifei became known to international audiences for starring as the titular character in the Disney live-action film Mulan.

Zhao Liying’s net worth in 2022 is estimated to be $10 million which she makes acting, singing, and collaborations.  She has also appeared in a number of commercially successful films,  Her salary and annual income in under review.

Liu is a famous and talented Chinese actress. She has received many awards and nominations acting career and she has won many of them. She won ‘The Best Actress Award’ (2013) at the 5th Macau International Movie Festival. Similarly, she also won ‘Most Anticipated Actress’ in (2016), ‘And most Popular Actress (2016).

The Chinese actress has been involved in rumors or controversies. As per the reports, when her movie Mulan was released on Disney+, some protesters have been calling for a boycott of the movie. Due to this, there were huge controversies among the viewers.

The marvelous actress stands with the height 5 ft 7 inches tall and weighs 48 kg. She has a lean body type. Similarly, She has black hair color and also black eye color.

Simultaneously, She maintains her figure by eating a strict diet. In addition, she also does regular exercise to keep her body healthy. Similarly, her body measurement is 35-28-26. And her shoe size is 7.5.

Liu is a renowned person on different social media platforms. She owns her Instagram account under the name @yifei_cc and more than 854k followers have followed her. She is also active on Twitter since 2017 December and has huge followers more than 62k. Similarly, she also owns her own Facebook Page and has racked up 329k followers.