Talking about her love life, Liv Hewson is presently single and she is not dating anyone at the moment. Liv mentioned she is gay at an age of 16 and is a non-binary person. The star received the Human Rights Campaign Visibility Award for its LGBT+ advocacy in 2020.

However, she has not revealed her personal details and related news to the public till now. She has kept her personal life low-key. 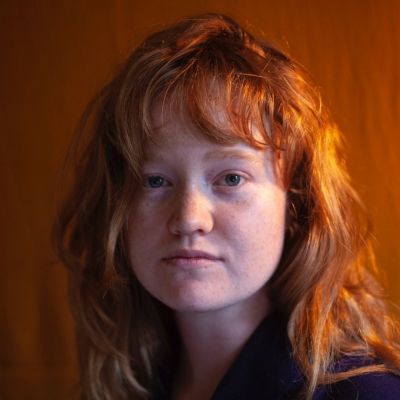 Who is Liv Hewson?

Liv Hewson is a well-recognized Australian actor and playwright. Hewson is widely famed for her work which includes, Lots of re-imaginings of fairytales and mythology with a  queer and dark slant.

Moreover, they featured Abby Hammond in the Netflix series, Santa Clarita Diet from 2017 to 2019.

Liv Hewson was born on 29 November 1995. At present, her age is 25 years old. Likewise, her birthplace is Canberra, Australian Capital Territory, Australia.

Liv is the daughter of her father, Tony Hewson whereas her mother is Angela Hewson. Moreover, she has three brothers named, Bryon, Hal, and Daniel. Her dad is a psychologist and mum works as a public servant.

Talking about her nationality, Hewson holds an Australian identity whereas her ethnicity is Irish-Caucasian.

Liv made her acting debut appeared in the role of Fenny Frisk in the short comedy-drama film, Alfonso Frisk in 2013. Later, she featured as a guest star in the TV series, I’ve Got No Legs(2014) and later featured in the series, Do You Mind?. Thereafter, Hewson performed Hillary in the short comedy film, Survey Says.

Additionally, Liv landed the role of Gurt in the short comedy film, So Romantic, both in 2015. She gained high recognition after portraying the role of Gloria in Julietta Boscholo’s short comedy-drama, “Let’s See How Fast This Baby Will Go” and a guest appeared as Elle in an episode of the ABC1 drama series, The Code.

Going on, the star featured in the BBC UKV’s mystery drama series, Top Of The Lake next to Nicole Kidman and Elizabeth Moss in 2017. She also landed the role of Abby Hammond, daughter of Sheila Hammond in the Santa Clarita Diet.

Some of her projects are The Hitchhiker, Bombshell, Let It Snow, Under My Skin, and so on.

A talented Australian artist, Hewson has earned a handsome amount of money from her profession. She has been active in her profession from the year 2013 till the present.

It is reported that Liv Hewson has an estimated net worth of $1 million.

Liv has never been part of any controversial matter or rumors till now. The actress has been surrounded by her professional and private life.

It seems that Hewson prefers enjoying her personal life and does not want to merge it with her professional life.

25years old superstar, Liv has gorgeous looks and an admirable personality. She stands at a height of 5 feet 5 inches. Also, she has a balanced body weight of 56 kg.

Furthermore, Hewson has blue eyes whereas her hair is red. Her body measurement is 32-25-34 inches(chest-waist-hip) respectively.

Regarding her social media presence, Liv Hewson is an active personality on social media. Liv has more than 151k followers on her official Instagram account @liv.hewson.

She is also active on Twitter with around 17k followers.

Moreover, Hewson is also available on Facebook with nearly 2k fans and supporters.